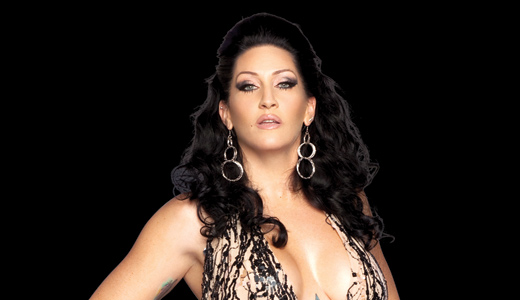 “RuPaul’s Drag Race” has proven to be much more than just another reality TV show. In six seasons, it’s become a groundbreaking platform, introducing people from all walks of life to what goes into becoming a drag queen and what goes on behind the scenes, as well as introducing the real and varied people who go into drag as a performing art.

The show’s popularity has also defined its cable home, Logo, and raised the profiles and fortunes of dozens of its queens along the way. On Sunday, some of them stop by Headliners for a touring version of the show. The Louisville stop will include Sharon Needles, Jinkx Monsoon, Ivy Winters, Carmen Carerra, Pandora Boxx, Phi Phi O’Hara and Mimi Imfurst.

For host RuPaul — who became famous in the early 1990s but saw the culture change back on him during the Bush years — its success has been doubly satisfying, as issues like gay marriage concurrently become mainstream.

“Even though I’m a former contestant and winner, I’m still the world’s biggest fan of this damn game show,” says Needles. All of the backstage knowledge leaves when he tunes in, he says, adding with characteristic sass, “I believe it’s just 42 minutes of live competition! Not 36 hours, two days, 40 cameras and a lot of editing!”

One straight friend RuPaul brought along on his journey is sidekick Michelle Visage, a former pop singer who’s now a married mother of two and a judge on the series. The host of the live show, Visage reveals that life on tour is less exciting than fans might hope. Traveling on their compact tour bus, “Most of us are so tired, most of the queens are sleeping or working on their computers, editing their videos or music for their numbers. So it’s really quiet. It’s not like the sing-along bus you’d think it would be.”

For Visage, whose dream is to perform on Broadway, the “Drag Race” live show is a chance for her to sing again. She says the production is different than seeing a show at a club like The Connection or Play. “There are theatrical elements you don’t usually get in a bar. It’s a video-incorporated show; it’s seamless, the way it runs from queen to queen.”

Visage and Needles agree that the “Drag Race” experience gives all queens, from pageant-style beauties to more creative, personality-driven types, a chance to show their best and let the audience decide which style they prefer. Both also note that the pageant-style queens are less comfortable speaking on stage, and aren’t expected to on tour. Visage and Needles were inspired by punk rock-type icons from Divine to Joan Jett and Jayne County. “You were so impressed by their personalities that you couldn’t help but see the beauty in them,” Needles says.

“If you look like the Western standard of consumeristic beauty — sure, you’re gorgeous, but ain’t nobody gonna remember yo’ ass,” he adds.

Needles notes that what makes RuPaul special is that, “While he has a very classic beauty, he can use that juxtaposition of being extremely witty and also very inspiring … RuPaul was a club kid punk. And then I think she realized that she wanted to be the first drag queen that could push beyond the nightclub and into every home, and make a niche in the pop culture.”

The live show gives some queens chances to show more than TV time allows. “We want to change the perception some people have that drag’s not an art form, that these are just boys dressing up as girls,” Visage says. “They don’t give enough credit to these amazingly gifted, talented performers.”

Visage remembers one amazing performance that happened here in 1990. “I haven’t been in Louisville since (her group Seduction) opened up for Milli Vanilli … It was amazing, it was their opening night. I’m excited to be back! I can’t believe it’s been that long.”

She also can’t believe she’s talking to a straight man about her show. “It’s like talking to my husband. There are some out there … it’s great when I get emails or Facebooks from them. It’s wonderful that they’re a part of it. Some, they watch as a family, the kids love it — it’s fantastic. RuPaul’s bringing families together.”