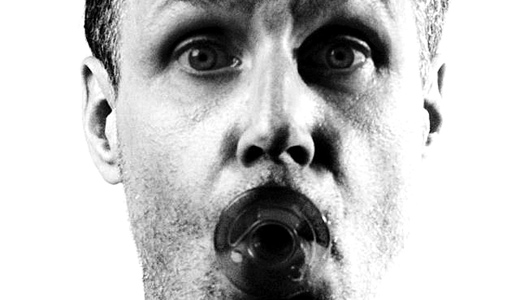 Louis C.K., Marc Maron and David Cross are some of the biggest names in comedy, but there was a time when those guys thought Matt Graham was going to be the next big thing. As happens, life often gets in the way of dreams, and Graham (who is also a world-renowned Scrabble player) ended up taking a decade off from comedy. He returned in 2012, with an off-Broadway one-man show called “This Too Shall Suck.”

LEO: Tell me about your early days of comedy.
Matt Graham: I was from Indianapolis, so I spent a lot of time in Louisville. In fact, the first comedian to believe in me, Amos Chang, was from Louisville. But I moved to Boston pretty early on in my career.

LEO: So you liked Louisville?
MG: There was a time a few years ago I was thinking about leaving New York — things weren’t working out here, but I didn’t want to go back to Indianapolis, and I didn’t want to be as far away as San Francisco or Seattle — so I really considered moving to Louisville.

LEO: You mentioned moving to Boston. When you were there in the late ’80s, there was kind of a comedy renaissance going on. Did you all know it at the time?
MG: Well, at (the club) Catch a Rising Star, they were really trying to do something with younger comics that was off the beaten path. There was a generation of Boston comedians before us who kicked out guys like Steven Wright and Lenny Clarke; the second generation was guys like Marc Maron, David Cross and Louis C.K. The first summer I moved there, I became friends with Janeane Garofalo, before she was a comic. She was a very charismatic girl, so I convinced her to do comedy and wrote her some jokes that she ended up doing her first time on stage.

LEO: Did you know those guys would be as big as they are now?
MG: I don’t know. I could talk to David Cross for hours because he is genuinely the most funny person I’ve ever met, and I could talk to Louis for hours, as well, because he was the smartest guy I knew. Louis really brought perspective back to comedy.

LEO: Tell me about how Scrabble happened (books and documentaries have been made about this aspect of Graham’s life).
MG: Scrabble saved my life. My whole family played it as a kid, and they got me to play it once or twice, but I hated it — it was frustrating, I had no interest, I couldn’t get a grasp on it. But when I was 26, me and my girlfriend pulled the game out from under the bed and just started playing. And it was one of those things that was fun to learn on your own. We played enough that we found a club. I was intense and competitive enough that I went to a tourney, where I said, “Fuckall, I wanna be good at this.” So I spent a couple of years with whatever computer program I could get, and a dictionary I could study, and eventually became very good. It’s all about focusing your energy in the right place.