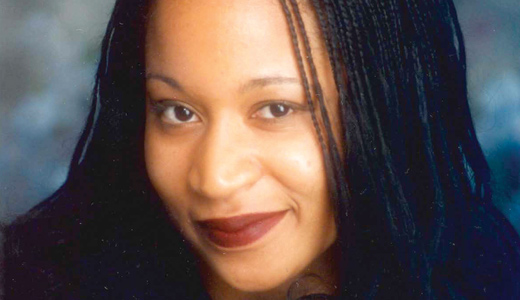 Jacinda Townsend has captured a lasting Kentucky friendship that was born of communities whose time was fleeting. The novelist takes her readers far beyond the everyday strife, struggles and hopes of being a Montgomery County teenager — courtesy of prodigious musical talent in one of her two protagonists — but the pace of changes back home makes for a lot of the journey chronicled in “Saint Monkey.”

It’s really a lagging lack of change in some aspects of life that adds tension to the story of Audrey and Caroline. We follow them through the 1950s into the ’60s, with Audrey’s piano skills taking her to New York and its landmark Apollo Theater. Caroline, meanwhile, is held closer to home by events, including the aftermath of some shocking family violence.

Carmichael’s Bookstore (2720 Frankfort Ave.) hosts Townsend for a reading/signing on Friday at 7 p.m. LEO recently spoke with the author, who grew up in Kentucky and saw part of the reason for this book as capturing “that part of home that has disappeared.”

Her mid-century Mt. Sterling is one example of “communities around Lexington that were settled by former slaves who were hired to take care of the horses on the horse farms.” They even had their own diction, which is also disappearing as the remnants of the communities now dwindle a half-century on.

A saturating, full blowback wave of detail greets the reader at the beginning of this book. Townsend’s eye for catching the quick and the telling will be with you throughout the story — from the petty unfairness of so many Mt. Sterling whites toward their black kin, to brief moments of soothing respite, such as when a man with a gold tooth grabs a gawky girl for a seaside dance just when she was about to soak her lonely evening in alcohol.

The through-the-years-and-miles friendship at the center of the story has plenty of lived-in warmth, but also tussling and friction. It was only recently that Townsend, at a reading in Lexington, met up with her best friend from middle- and high-school years. Their catching up brought about a realization: While the Audrey-Caroline relationship “wasn’t based on our particular friendship, it had a similar feel in the way they thought about the world. It was kind of like art imitating life without knowing it would be doing that.”

Townsend is now in the midst of research to wrap up her next novel (this one’s far removed from her childhood home — it’s apparently inspired by Fulbright-funded travels in Africa). She isn’t a fan of the old adage “write what you know,” saying the typical result of that will often fall short of its potential. “I always tell people to ‘write what you don’t know but that you want to know more about.’”

That determined curiosity leads to places like the Apollo, where she was given a tour guided by a man whose experience there went back to just the era the author wanted to write about. “He sat with me on stage and told me what the Apollo looked like — with lots of details, like the seats in yellow leather and who he had seen, which led to cameo appearances in the book by James Brown and Dave Brubeck.”