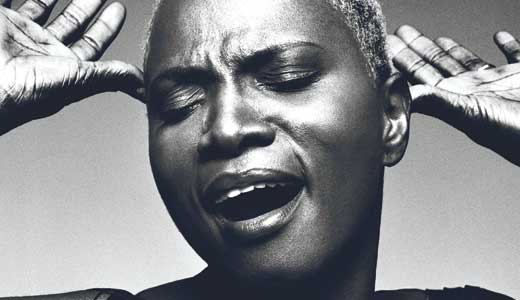 Angélique Kidjo didn’t understand why she couldn’t be on stage. Then 9 years old, her mother’s theater company had another young girl singing, and Angélique wanted to be up there. “You’re not the one playing the part,” her mother told her, explaining the roles one played while on stage, embodying characters and words that may not be your own at the time they were written, and the charge one must take to make them yours. When the other girl fell ill before a later performance, Kidjo’s mother thrust the costume on her daughter and told her it was her time. She hasn’t left since.

“Spirit Rising” is a beautifully written and gorgeous book, with Kidjo’s remarkable and unlikely story accompanied by dozens of both professional and candid photos. Her words (with help from Rachel Wenrick) are conversational and make for an engaging read, whether you’re familiar with her music or not — though if you are in the latter category, you should correct that at your earliest convenience.

From this book, you’d think her musical story since leaving her native West African country of Benin for Paris (and later Brooklyn) was without struggle or strife. After gigging with Parisian jazz combos and recording a couple of independently produced albums, Chris Blackwell came calling. The Island Records founder and world music Midas ordered his label to sign her immediately. From that point on, it was hit records — all Branford Marsalis and Peter Gabriel and Ziggy Marley and Santana and Alicia Keys and the like.

The certain lows that a life in music and on the road inevitably brings with it are left on the cutting room floor, but it doesn’t take away from the book’s believability or larger story. Family plays a central role; Kidjo left her family in Benin and met her husband shortly upon arrival in Paris. No role is more important than that of daughter. Her own daughter doesn’t know the idea of a “road mother,” as Kidjo always stayed close, in constant contact and bringing her on tour as often as possible.

Likewise, her parents, though geographically on the other side of the world, were never away — from childhood lessons that remained ever present to regular visits to and from Benin, and a permanent sense of togetherness and bonding to her birth and ancestral home.

Midway through the book, and several years deep into her career, a chance meeting and extended friendship with Harry Belafonte and recurring encounters with Miriam Makeba bring about a desire to give back, and a booked performance for the United Nations led to her work with UNICEF in advocacy, education and women’s rights. This work has now at least equaled, if not surpassed, her musical efforts, though she continues to tour and record, timing the book’s release with a new album, Eve.

“Spirit Rising” is as much about hope as it is about success. Taking leaps of faith, not knowing where the bottom was or just how close one would get to it, hasn’t been a concern Angélique Kidjo has worried herself with. Repercussions can be handled; the effort is the key. That hers has been a series of triumphs, more than failures, doesn’t make her all that unique. That her missteps and disappointments don’t rate worth telling in this recounting of her life does — and that’s the biggest takeaway here.