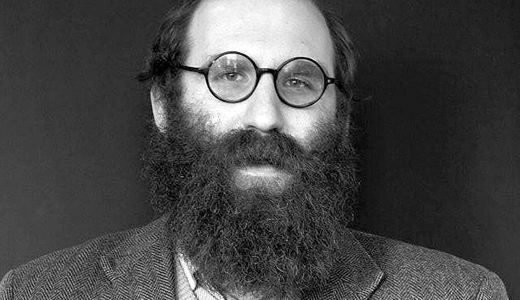 Louisvillian Andy Sturdevant left his hometown in 2005 for Minneapolis. Since, he has thrived as an artist, writer, arts administrator and man-about-town, connecting creative types of all stripes. His first book was published recently, and LEO checked in with the man himself about his new life.

LEO: Would you not be the “you” you are now if you had stayed in Louisville?
Andy Sturdevant: I don’t know if I’d be doing exactly the sort of work I’m doing now if I’d stayed, since so much of it has been specifically shaped by the cultural landscape in the Upper Midwest and so many of the people here. So much of the path I’ve followed is so specific to Minneapolis as both a physical place and as a stand-in for a specific set of cultural values. And so much of the writing and art has been about the place, it’s hard to imagine making it in quite the same way about another place, even one where I grew up.

But at the same time, I don’t know if I’d make that kind of work if I hadn’t spent years going to shows at the Rudyard Kipling, or performing for 20 people at Pandemonium Arcade with Mickey Hess, or reading Burt the Cat, or working at Preston Arts Center selling acrylic paint to artists, or renting weird cult movies at Around the World Video and Wild and Woolly. I might have had roughly equivalent experiences anywhere, but I wonder if they might have been touched quite the same way by that wild, smart-ass Louisville quality.

LEO: The music scene here was a big influence on you as a teen. Were you also making art back then? Writing?
AS: The music scene certainly was a big part of my life in Louisville, but that really didn’t come along until later. I was scribbling away making cartoons and writing weird little short stories years before I’d ever helped load an amplifier into the back of a minivan. LEO, WFPL and The Courier-Journal were all, in their own ways, enormous influences on me growing up. In some ways, it was easier to absorb art and writing influences than it was music influences, especially when I was a teenager out in the suburbs and not really involved in the music scene. The music scene seemed really distant and inaccessible and too cool for me personally when I was 14 or 15 — it wasn’t until I read “Slamdek A-Z” that I thought, “Oh, gee, I probably could have been part of this” — but the newspaper came right to the house, and LEO was easy to find anywhere. I read both voraciously and admired all the personalities.

LEO: Many would expect a fellow with your widescreen view of the world to live in Brooklyn or San Francisco. Is Minneapolis actually a more rewarding place to make a career?
AS: At my going-away party in 2005, there was actually a poster I’d made with some friends hung on the wall by the front door, where I’d written the names of other major cities where I might have considered moving, like Brooklyn and San Francisco and Chicago and Detroit and a few others. They all had some disqualifying factor scrawled in next to them — “too gritty,” “too granola,” “too easy,” etc. At the bottom it said something like, “Nothing else left — looks like it’s Minneapolis!” So there was a certain glibness to my initial decision, but it really turned out to be a great fit. I wouldn’t say categorically it’s more rewarding than anywhere else for a person to make a career, but it has been for me.

There is a fantastic artistic community, the two cities are always interesting to explore and investigate, and there’s a deep and well-tended-to artistic and political heritage. You can live fairly cheaply and eat and drink well. It’s a great place for high-quality dairy products, bike riding, literary reading series, nice duplexes and public art. Something about the understated quality of the culture was a good fit for me, too. I really don’t think for a minute a 25-year-old version of me would have done very well in Brooklyn or San Francisco in 2005. I think that would have been a classic flame-out cautionary tale.