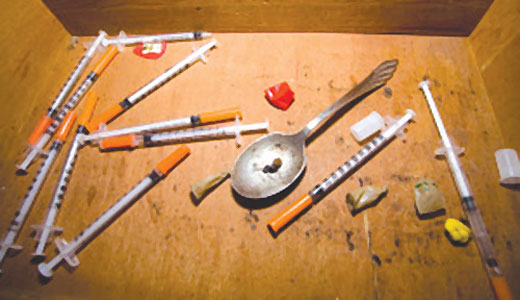 A new study has confirmed what most in law enforcement, emergency care and addiction prevention already know: Kentucky has a drug problem, or drug problems, depending on how you look at things.

“Drug overdose deaths are certainly tragic, but deaths are only part of the story,” notes Dr. Terry Bunn, director of the Kentucky Injury Prevention and Research Center, who released the report. “Emergency department admission and inpatient hospitalization data are also needed to gain an enhanced perspective of the problem. For instance, all eyes have been on opioids here in the state, but benzodiazepines accounted for the highest number of inpatient hospitalizations and emergency department visits among Kentucky residents.”

Bunn says that some of these issues overlap. An admission to the emergency room could overlap with other prescription or illegal drugs. Still, she adds, “The fact remains that these results identify an additional class of abused prescription drugs that warrant closer scrutiny.”

The predominant theory about the resurgence of heroin is that addicts have turned to heroin because it’s cheaper and more readily available than prescription painkillers, which have become less available due to prescription drug monitoring programs and crackdowns on the “pill mills” that previously enabled abuse.

Whatever the cause, law enforcement and addiction treatment professionals are feeling the effects. Facilities like The Healing Place and The Morton Center have noted that the percentages of their clients with heroin addictions have markedly increased over the past few years.

It’s an alarming trend, explains Morton Center clinical director Paula Porter, because the risks associated with heroin are so extreme. “What we’re seeing with young adults is they’ll participate in treatment and they abstain for a portion, but when they relapse, they go back to using the same amount they previously were,” she says. “They haven’t accounted for the time they were clean and sober.”

Adding to the danger is the possibility that what is sold on the streets as heroin may actually be laced with something stronger or unfamiliar to the user, increasing the risk of overdose. Law enforcement officials in New England say more than 80 recent deaths across the United States were the result of heroin laced with the powerful narcotic Fentanyl. That trend has already reached northern Kentucky, according to court records cited by the Cincinnati Enquirer.

Heroin addiction also reverberates through the addict’s support network. The Morton Center takes a family-focused approach to treatment and provides counseling for families, friends and coworkers of their main patient. “You can feel the fear in their questions,” says Porter, who is a licensed clinical social worker. “They feel so much more powerless. They have the combination of being scared to death and feeling like the issue is insurmountable. Then, there’s the shame and embarrassment.”

Kentucky isn’t alone in all of this, of course. According to national data cited in the KIPRC report, there has been an 80-percent increase in heroin users from 2007 to 2012, and heroin-related overdose deaths rose nationally 55 percent from 2000 to 2010.

All this pain caused by drug abuse isn’t just emotional. The KIPRC report also analyzed the bottom line of dollars and cents. It found that total charges for drug overdose hospitalizations rose 7 percent from 2011 to 2012. The cost: $129.3 million. The top two expected payers of these Kentuckians’ drug overdose inpatient hospitalizations? Medicare and Medicaid, billed at $41.3 million and $34.1 million in 2012, respectively.

It’s no wonder, then, why many think combating drug addiction needs to be at the forefront of Kentuckians’ minds. In addition to mandatory prescription reporting and monitoring through KASPER (Kentucky All Schedule Prescription Electronic Reporting), the Kentucky General Assembly is considering a bill that would stiffen penalties for drug trafficking and increase treatment options for heroin and other opiates. The bill passed the Senate 36-1 last month and will be considered by the full House.