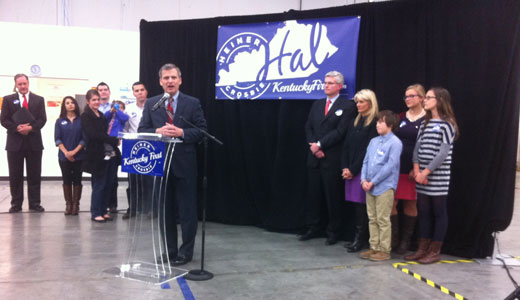 At last Thursday’s Metro Ethics Commission hearing, three complaints filed against Metro Council President Jim King were dismissed, only to be followed by a wave of angry protests from Janice Rucker, the woman who filed the complaints last year, and her supporters in attendance.

After an hour of deliberation in a closed executive session, the commission unanimously dismissed all three complaints filed by Rucker, who alleged that King voted for zoning changes that he financially benefited from. As commission chairman Jonathan Ricketts attempted to move on to other business, Rucker repeatedly interrupted to ask questions, only to be ruled out of order.

In response, Rucker and supporter Donnie Morris, seated next to her, continued with accusations that the commission was biased against her, treating her differently than those who had filed successful complaints previously against Councilwomen Judy Green and Barbara Shanklin.

Seeing no end to their commentary, the commission abruptly voted to adjourn their meeting, after which Rucker said, “They just pulled a Darrell Issa!,” referencing the U.S. House committee chairman who cut off a fellow congressman’s mic days earlier.

Deborah Kent, counsel for the Ethics Commission, later reiterated that one of Rucker’s complaints was dismissed because it centered around a mistaken address, while the other two had to be dismissed because the votes in question took place more than a year ago — past their statute of limitations — and were public record. Kent told LEO that even if those votes hypothetically were ethics violations, they would have to be dismissed as untimely under their rules.

Though King’s attorney requested the commission recommend to Jefferson County Attorney Mike O’Connell that Rucker be prosecuted for harassing him with frivolous and meritless complaints, the commission chose not to do so. Morris later told LEO that he would refile at least one of Rucker’s complaints — noting he has unsuccessfully filed many complaints against Council members in the past — and contact state agencies about the conduct of the Ethics Commission.

Rucker said after the meeting that while her complaints might have been dismissed, she believes King’s decision to abstain from several zoning votes at the Council meeting a week earlier proved she was on to something.

Before those abstentions — and in a statement released after the commission’s ruling last Thursday — King said he would abstain from all zoning votes until the Ethics Commission gives him an advisory opinion on whether it is a Council member’s duty to identify the names and financial interests of all parties involved in a zoning case.

“The public has a right to expect integrity and ethical behavior from its public servants, and I will continue to demonstrate those qualities as president of the Metro Council,” King’s statement read. “The complaints filed do not accurately portray my role or that of my business interests with respect to zoning matters coming before the Council.”

Hanging in the background of this Ethics Commission quarrel is the fact that a federal agent with the FBI has sought to speak with several Council members since last year about possible wrongdoing within the Council, recently interviewing Rucker about her complaints against King.

Councilman Jerry Miller, R-19, was the first to go on the record last month as having met with the FBI, telling LEO they asked him background questions about how the Council operates Neighborhood Development Funds. Councilman Kelly Downard, R-16, told LEO last week that he met with the FBI last September, the first Council member to do so, to his knowledge.

“They wanted to know about judges,” said Downard. “‘Is anybody bribing judges?’ I don’t know. They were there for information about how we operate. Then three months later, they started asking more people.”

The FBI says they have no current investigation targeting a Council member, but they certainly seem interested in something, or someone.

Hal Heiner, the former Metro Council Republican who narrowly lost to Greg Fischer in the 2010 mayoral race, announced last Tuesday he is running for governor of Kentucky in 2015. That afternoon, he held an event in Louisville at one of the businesses he helped create, showing off heavy support from Republicans currently on Metro Council.

Councilman Robin Engel, R-22, introduced Heiner to the crowd of 100 as a great business mind and leader, later telling LEO that every Republican Council member is supporting his candidacy. Councilman Downard told LEO that Heiner’s “integrity and his ethics will come through, and his brains are there — that’s a given.”

A strong showing in Louisville will be vital to Heiner’s campaign, as Republican Commissioner of Agriculture James Comer is widely expected to join the Republican gubernatorial primary at some point this year. A Republican firm released a poll shortly before Heiner’s announcement showing Comer — having much higher name recognition — with a large lead against Heiner, followed by early barbs traded by each side’s supporters.

Councilman Miller said that while he likes Comer personally, he thinks Heiner “just brings a deeper level of business experience and life experience. Jamie’s done a good job with the Department of Agriculture, but in the grand scheme of things, it’s a relatively small department in Frankfort.”

Perhaps damning Comer with bipartisan praise, Miller added, “Heiner’s more of an across-the-board conservative. When he was a state legislator, Comer was not as conservative as some, when you look at the rating services that rate their votes. The positive on Jamie, I think he’s got a lot of friends in the Democratic Party from when he was in the legislature.”