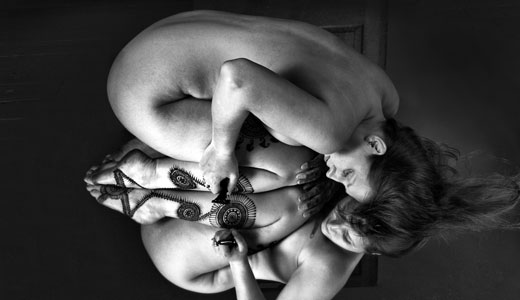 Grateful Dead founding member Bob Weir pursued his muse outside of that band long before Jerry Garcia’s 1995 passing, and he has now reconvened his best-known side project, RatDog. Featuring Weir on guitar and vocals, Jay Lane (drums), Robin Sylvester (electric bass), Jeff Chimenti (keyboards), Steve Kimock (guitar) and Rob Wasserman (acoustic bass), the band is touring with an extensive repertoire of songs that changes nightly, from the Dead canon (both “Jerry” and “Bob” songs), Weir solo pieces and interpretations of tunes ranging from Dylan (natch!) to Little Feat, The Temptations and more. Audience-recorded shows are freely available at archive.org/details/Ratdog. If the D.C. Feb. 18 show is indicative of the heights RatDog can reach, then Louisville is in for a treat. From well-played rockers to intense jamming (including magnum opus “Dark Star”), they’re on a roll. —Martin Z. Kasdan Jr.

Though they currently call Brooklyn home, Karikatura (say it like “caricature” — you know, those funny drawings street artists do that make your head look gigantic) is a “Transglobal Band,” they say (although the “B” in “Band” does not need capitalization, we must note). However you write it up — World, Global — they lean toward “Gypsy/Latin/Reggae,” or “life-affirming, body-shaking music that moves people around the world.” A little bit patchouli-sounding? Perhaps, but sometimes we all need some of that up our nose and in our ears. Tonight finds Karikatura co-headlining with local pan-trans-worldly Appalatin, those beloved and skilled fusers of Appalachian and Latin sounds. So get ready to twirl toward the future while playing some McConaughey-style imaginary bongos. One love? Alright, alright, alright. —Peter Berkowitz

Just in time for the overall Mardi Gras season, rising Louisiana music star Cedric Watson and his Bijou Creole band visit the other Lou for some tasty licks and French-style fiddling. Watson has proved he can merge the ol-timey with a modern flair; an accordionist and fiddler, as well as a singer and songwriter, Watson’s three albums have all been nominated for that oft-mocked yet still desired Grammy. Originally a Texan, he made his way east at 21, where he played with several groups before he went out on his own. This is going to be a comfy-shoes night, where the aisles become infested by dance fever; don’t get too fancy, this is people’s music. Cajun two-step dance lessons will be offered at 6:30, along with some Creole cuisine — gumbo, perhaps? — for ticket holders. —Peter Berkowitz

All breakups suck, but lesbian breakups are some of the most vile, ugly, drama-filled battles I’ve ever seen. When two lesbians are in a skirmish, you best stay out of the way — and if you think I’m exaggerating, just watch season 1 of “The L Word.” Luckily, though, when all the dust settles and name-calling subsides, we move on with our lives and U-Haul with the very next girl we meet a week later (only kidding). Pandora Productions presents “The Breakup Notebook: The Lesbian Musical,” a comical take on the subject by author Patricia Cotter. The play follows a year in the life of the recently dumped Helen as she tries to piece her broken heart back together and enter the dating world once again. Watching someone go through a breakup and sing about it is surely better than enduring one yourself. For a good time, bring an ex. —Sara Havens

For the release of their new album, also called Thirty Spokes, the Louisville band (also known as 30 Spokes) is throwing a party for their newest incarnation. Though this marks the band’s third full-length album by our count — and they’ve worked again with producer Kevin Ratterman — it’s a bold leap forward for the band. The Spokes’ sound has been enhanced here by the keyboards of Mark Rucker, whose piano and organ sounds add some special sauce to the base of classic rock, blues-rock and country. It’s a timeless sound that now sounds older, in a fresh way (listen to the album, and you’ll know exactly what I’m saying). The night also features sets by some friends and kindred spirits: The Moonlight Peddlers, purveyors of silky bluegrass, and DJ Matt Anthony, he of the silky voice and sexy wax. —Peter Berkowitz

Being anonymous can be fun, dangerous or dangerous fun. The Louisville Visual Art Association found out last year that we like the thrill of buying art without knowing the artist who created it. So it’s time for “Art [squared],” the second annual Anonymous Art Sale. “Art [squared]” features work by 200 local artists. All are 8 inches by 8 inches and on sale for $100 each. Eager buyers can stop by the gallery during the week to pick out their favorites, since the sale on Saturday is first-come, first-serve. Proceeds go to LVAA’s longstanding Children’s Fine Art Classes program. LVAA is also hosting a “Selfie-8×8” contest with a GoPro camera as the prize. Though March 14, visitors can shoot a selfie with their favorite artwork and tag LVAA on Facebook and/or Twitter. —Jo Anne Triplett

It’s time, once again, to splatter the Highlands in green and celebrate all things Irish — and revel in the fact that it’s above 30 degrees! The Ancient Order of Hibernians roll out their 41st annual St. Patrick’s Parade Saturday afternoon beginning at Phoenix Hill Tavern and snaking down Baxter Avenue and Bardstown Road until about Mid-City Mall. The sidewalks, bars and restaurants are usually packed with parade revelers, so if you’re planning on scoring some green beads or Tootsie Rolls, get your spot early. This year’s theme is “It’s a Great Day for the Irish,” which means you should opt for a Guinness over a green beer and hug any leprechaun that crosses your path. Sláinte! —Sara Havens

Nothing is more humbling than the untamed world we inhabit. “Cascada,” a breath-taking short featuring a group of thrill-seekers who willingly go down waterfalls in kayaks, will remind you of this. It is one of the gorgeous visual offerings to be screened Saturday at the sixth annual Wild & Scenic Film Festival, a benefit for Kentucky Waterways Alliance. This year’s theme is “empowerment,” and the lineup touches upon the wonder, power and delicateness of the world both near and far. Other offerings include: “Forty Panes: A Portrait of Wendell Berry,” “I Am Red” (about the Colorado River), “Two Laps” and “Raptor Blues”(a musical stop-motion animation about poison). A free pre-screening reception for KWA members will be held at 6 p.m. Not a member? You can join on site for only $10, which covers those snacks and drinks you’ll enjoy while supporting your local waterways. —April Corbin

When is a great blues player made? Is it at birth? The first time they step on stage? For Robert “Monk” Mackey, it was at age 14, when he first picked up the bass that would make him a legend of the Louisville blues scene. From The Blue Ruin and Texas Red and The Heartbreakers to Little T&A, Mackey has been around the block a time or two, gracing listeners in Louisville and beyond with his talents and bringing together some of the area’s greatest musical collaborators. This weekend, those collaborators pay it forward with a benefit concert, raising funds to assist Monk in his ongoing battle against cancer. The Saints, Little T&A, The Stray Cats Band and Another Mule with Red Beans and Rice all lend a hand or a horn, and the evening will end with an all-out open jam session. —Jennifer Harlan

“The moment before the curtain rises, the canvas, paper or whatever ceases to be blank” — this is what fascinates painter Andre Foreman, a phenomenon he dubs “The Still.” In sunset reds and bruised violets, dappled in glitter and punctuated by inky black, Foreman’s work is at once dreamy and dynamic, the swirling Technicolor background punctuated by a sudden graphic “Fwap!” as an enigmatic female figure turns her sparkling gaze to the viewer. The self-taught artist has had an exciting couple of years; he was chosen as the official poster artist for the 57th Kentucky Derby Festival in 2012. This latest exhibit showcases his attempts “to flow and to share that flow with others. Then … step on the earth.” An artist reception will be held Friday from 6-9 p.m., as part of this month’s FAT Friday Trolley Hop. —Jennifer Harlan

‘The Potential in Everything’

There have always been people who were green before it was a color. Albertus Gorman and R. Michael Wimmer are two artists who have been environmentally friendly most of their lives, collecting objects to use as the media for their art. Gorman’s out there cleaning up the area around the Falls of the Ohio and creating art from the discarded materials he finds. Wimmer recycles from his own multiple collections, reorganizing the piles in new creative ways. “For both of these artists, collecting was a family tradition,” says Carnegie Center curator Karen Gillenwater. “(They) combine and manipulate the objects they have collected in order to create meaning. Their art practices and resulting artworks take different forms, but share much in common, including a sense of fantasy and humor, along with an eerie quality.” —Jo Anne Triplett

Sometimes it seems like every two-buck schmuck wants to be an artist who works with nudes. People often make the mistake of believing a naked subject automatically makes something artsy or edgy or interesting. It doesn’t. Shedding your clothing without purpose makes you Miley Cyrus, not an artist. The photography of Joe Mays has a purpose and poise. “A nude, properly photographed, is not just a picture of a particular person,” he writes in his bio. “It’s a picture of what it means to be a human being.” In his work, nude means nude — no clothing, no makeup, no professional hairstyling. Mays’ photos have been featured in galleries in Indianapolis, New York and Washington, D.C. This month, you can see it at Regalo’s Fourth Street location. —April Corbin