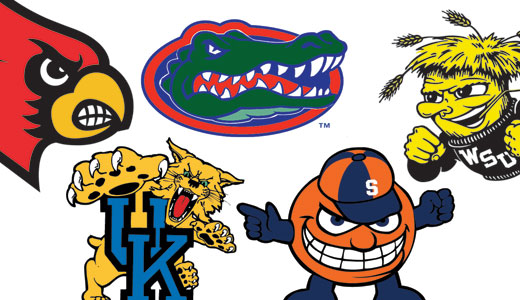 LEO Weekly asked Chuck Nalevanko, former U of L player and retired Seneca High basketball coach, for his observations and predictions on the upcoming NCAA basketball tournament. Nalevanko — and LEO writers Bill Doolittle, Rachel Shulhafer and Chris Haas — made their forecasts prior to the tourney selections and pairings on Sunday.

• Chuck Nalevanko:
I love Wichita State. Love ’em. I know all these so-called experts are down on the strength of their schedule. But you know this is the same team that went to the Final Four last year, so they have experience. They have a solid line-up one through five. They can shoot from the perimeter. They’re well-coached. I look for Wichita to really, really have a chance to win it all.

Now, I will say if Wichita doesn’t win, I don’t look for another No. 1 seed to win. I think this year is so balanced and so deep, this thing could go deep into the four or five seeds. San Diego State comes to mind. They’re tough, and they’ve prepared themselves very well with their schedule — anybody who can go to Kansas and win has a chance, in my mind. And Steve Fisher is their coach.

For Louisville, it’s all about match-ups. If we get matched up against a team that is really strong inside, we’ve got problems. If Montrezl ever gets in foul trouble, I think we’re out. He’s our rebounder. He’s our power player inside. He’s our post-up for points — and we don’t have anybody to come behind him and play the way he does.

Nobody wants to play Louisville. But I would be pleasantly surprised if we get to the Final Four. I think Sweet 16 is about as far as we’ll go.

Kansas might be my second pick. If they can get past the first weekend — the first two games — their big center Joel Embiid, who has been injured, is supposed to back. And they have Andrew Wiggins, who is an All-Star player. I like them as well as anybody other than Wichita State.

• Bill Doolittle:
Wichita State is the sudden darling of the Pondscoggin set: “Look what I found trending on Twitter!” It’s enough to pick against the Wheatshockers, even though I respect their team, tradition and conference — and have attended games in the Roundhouse. Syracuse, Michigan State and Florida advance, but Wisconsin goes home early after a loss to Molasses. With Robert Morris and VMI out, Kentucky has a fighting chance. Tab Louisville for three wins, but not six, and hand Michigan State the trophy. A Cinderella? If we really trusted Harvard and North Dakota State, we’d bet ’em in Vegas to plump up a stake for Keeneland, which opens in two weeks.

• Rachel Shulhafer:
The fact that anybody can beat anybody became very real to me when I witnessed a grown man in a Kansas shirt crying by himself at the bar with his bracket ripped into pieces in front of him after his team was shocked by Northern Iowa in the 2010 tournament. Then I felt his pain one year later when Morehead State beat Louisville with a game-winning shot. What I’m saying is predictions scare me because I’m convinced I’ll somehow jinx it. I just knocked on wood, so: Louisville will make it to a third straight Final Four but won’t repeat as champions. Kentucky won’t make it past the Sweet 16. Indiana won’t be there at all. Wichita State = Gonzaga. I think Florida wins it all.

• Chris Haas:
Early Exit: Villanova — Creighton represents the only other quality team in the Big East, and they beat the snot out of Villanova. Twice. Nova won’t make it past the field of 32.

Champion: Louisville Cardinals — A decision based solely on objective observation and devoid of any fan bias.