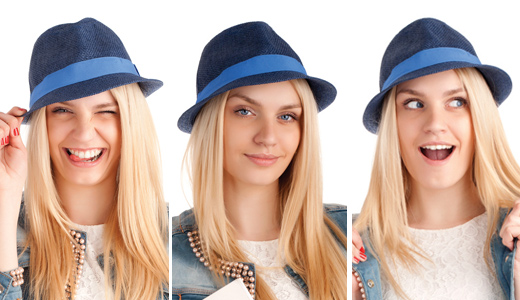 Last week, I was sitting on the balcony of my two-bedroom, two-bath Cherokee Park apartment when I saw a cleaning lady walk down my street. I could tell she was a cleaning lady because she had a mop and a bag full of cleaning supplies. It wasn’t because she looked Mexican, OK?

Anyway, this woman was walking down my street. She must not have owned a smart phone, because it was totally an Instagram-worthy day and she was just walking straight ahead without stopping to take photos of the sun through the tree canopy or the edgy street art painted on that fence over by the dog park. I felt it safe to assume she didn’t live around here, because the only people who don’t own smart phones around here are those hippies who are trying to stay in tune with nature or whatever. She didn’t look like one of them. She didn’t even have dreads. So, that means she must have been headed to the bus stop on Bardstown Road on her way back to the South End or West End.

The bus stop is a pretty far walk from my apartment — like two miles. I only know this because I’ll take my purebred Shih Tsu (don’t worry, he’s a rescue) down there during parades. I found myself wondering, “Why didn’t that woman ride a bicycle?” She could rig up a cool basket in the back for her supplies. Bicycling is so in right now. Plus, it’d be efficient. She would be less of a slave to the bus system. She could even ride all the way back home on cardio day of her workout routine. How does this woman even know when the bus is running without an app? She must have a wristwatch and a printed schedule, but unless she has a smart watch that’s synced to the atomic clock, how does she know she’s not off by a few minutes?

That’s when it hit me. She probably doesn’t have a choice. She’s one of those disenfranchised people I’ve heard about on television. I usually don’t watch the news because it’s depressing and contains spoilers for “The Daily Show,” but sometimes I catch the teasers that run after the “Scandal” credits. I saw one recently that said West End residents live significantly shorter lives because they don’t have access to healthy food sources.

I’m not really sure how something like that happens, but now that I know somebody in an impoverished neighborhood — OK, I only kind of know her, but it counts — I feel compelled to do something. Maybe I’ll start my own nonprofit. Mom’s always telling me I should do something meaningful with my life, though I suspect she means law school. Maybe I’ll volunteer with some existing group. I just need to figure out where in my schedule that’s convenient. It definitely won’t be this week, because I already bought tickets for this awesome hip-hop duo from Scranton, Penn. All of their rhymes have quotes from “The Office.” It’s so dope. I’ve also got work and the gym. I don’t want to extend myself too much. Work-life balance is important. I’m sure the disenfranchised will understand.

I know I’ll figure all this out eventually. Until then, I’ll just find some Facebook pages to like.