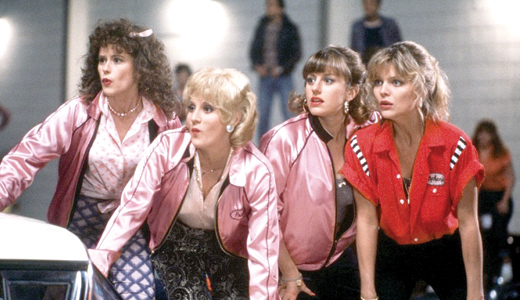 Tell the bartender to hold the White Russians this year — the annual Lebowski Fest is taking a back seat this year so the promoters can launch the next big event — Grease 2 Fest — at Waterfront Park in July. The fest will celebrate all things “Grease 2” — the 1982 sequel that only a handful of people on Earth think is better than the original — including cool riders, Pink Ladies, T-Birds, charades and pretty lies. Celebrities attending the event include the film’s stars, Michelle Pfeiffer, Maxwell Caulfield, Adrian Zmed and Lorna Luft. Motorcycle enthusiasts are encouraged to participate, and a bike parade from Monkey Wrench to Waterfront Park is planned on opening day.

Lebowski mourners will still get a chance to shine up their balls — bowling is also a big part of “Grease 2,” and the promoters are once again taking over Executive Lanes for a “Score, Score, Score, Score, Score” night. Grease 2 Fest will conclude with a luau on the Great Lawn in which everyone is recommended to don Hawaiian shirts or black leather jackets. Do it for your country!