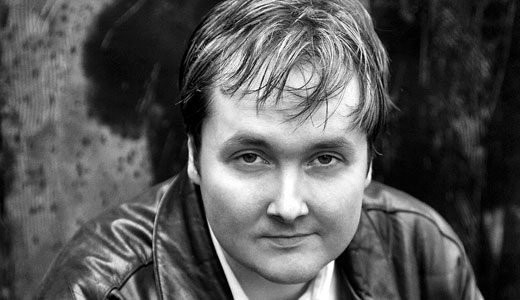 The cover says “Stories,” but that generic categorization is a disservice to the book browser. This isn’t a collection like, say, “Stories of John Cheever.” Kyle Minor’s fans (and he deserves more of them) should understand that the contents of his second book are more accurately described as “Exaggerated personal reflections, shifting perspectives on familial trauma, unsolicited guidance for readers, and tragically misbegotten travelogues.” Minor himself takes a small step with labeling sleight-of-hand, as Sarabande fails to follow along with foolish consistency between the cover and title page.

One of the most compelling facets of this collection is how its structure adds to its impact. Minor adds a note to the front matter, asking readers to respect the order in which the contents have been presented. Sure enough, he has a program in mind — not unlike an adventurous singer-songwriter who wants his audience to hear a new album where motifs build up familiarization, and then subtle changes wring layers of resonance. In this way, Minor’s readers will experience echoes of a narrative character being bullied in middle school, and an epistolary novelette makes room to bring a backstory to a haunting episode where the disenfranchised meet the dead among missionaries in Haiti.

The services of the faithful are one of the most fascinating threads in this literary quilt of not-completely-or-regularly-repeated blocks. The author has enough experience from both sides of the pews that he’s not just another ironic or snarky observer: There’s genuine disappointment that digging deeper into matters of the spirit doesn’t yield the intended results. Yet Minor knows enough not to waste page space spelling out dismissals or the like when he’s set the readers up to ask themselves questions on such matters.

But there are indeed answers to questions. Minor includes two short “Q & A” sections that fail to get anything fully settled. Instead, they tease out expanded territory upon which to consider the meaning of the patterns, the vignettes, the life-changing (or reinforcing) moments to be found among pieces long and short here.

Lives often change for the worse in the concise universe drawn here — whether in Florida, the bluegrass or Haiti, and whether the autobiographical bases dominate or are projected into the fictional and the future. Attempts at mentoring or parenting regularly go awry. Among the best that can be hoped for? Consider how one sibling tips his hat at what he learned from his brother’s hard road in the relentless and relentlessly readable “There Is Nothing But Sadness in Nashville”:

“‘When you quit school,’ I say, ‘and moved to Nashville and dyed your hair blue and started wearing eye makeup, I looked around me and said, What’s keeping me here? and the answer was nothing was. The only thing keeping me from becoming me was me. Me listening to what everybody else said life had to be, and me trying to believe what everybody else said I was supposed to believe, and me being somebody that other people could get behind.’”

Kyle Minor has already become a modern short-story writer that serious readers can get behind. He has a reading/signing at Carmichael’s Bookstore (2720 Frankfort Ave.) on Tuesday, March 25, at 7 p.m.