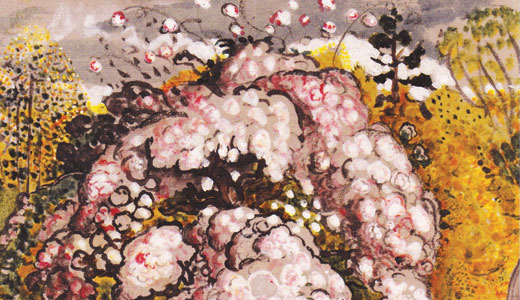 As a former high-school English teacher, I say fondly that one of my favorite things to teach was poetry. It’s 10th graders, typically, who get a poetry unit, much of which comes out of textbooks. One poem I’ve seen in numerous textbooks — and therefore, one of the first poems a lot of American kids see — is Denise Levertov’s “The Secret.” It begins, Two girls discover / the secret of life / in a sudden line / of poetry. Hardly a more propitious beginning for the young student, and Levertov goes on to explain that she loves these girls for wanting to know it / for / assuming there is / such a secret, yes / for that / most of all.

But if there is one thing Levertov might be known for, it is decidedly not for harboring secrets; rather, her poems are — many times, at least — among the most direct, unpretentious and accessible poems we have.

Though she is generally considered one of the most important of the Black Mountain poets (a group that included Charles Olson, Robert Creeley and Robert Duncan, among others), she has, in many ways, been given short shrift in her legacy. That may be because it is difficult to categorize her: a British-born poet who became an American, a very feminine poet outspoken in her stand against war and injustice, a prolific but private poet. And though she is famous for her essay on “Organic Form” (at least among poets), she is not often spoken about in critical circles.

Many poets and readers have been waiting for the event that is “The Collected Poems of Denise Levertov.” Released by New Directions, the press responsible for putting out the majority of her work in her lifetime, this beautiful, clothbound tome — which weighs in at more than 1,000 pages — is the definitive account of her career as one of the 20th century’s greatest poets and should serve to concretize her legacy. With an introduction by Eavan Boland, the book spans over 20 books and nearly 60 years of poetry.

What makes Levertov relevant today? One major point is her antiwar poems. “Relearning the Alphabet” (1970) is at the forefront of her political stance, with poems alluding to the Detroit Riots of 1967, the Biafra Massacre and the Vietnam War. The following year, she published “To Stay Alive,” which found her commenting in “Life at War” on how nothing we do has the quickness, the sureness / the deep intelligence living at peace would have. Or the poem “Tenebrae,” which pulls no punches: Their parents at night / dream and forget their dreams. / They wake in the dark / and make plans. Their sequin plans / glitter into tomorrow. / They buy, they sell.

And she concludes this prescient poem, as relevant as ever, thusly: And at their ears the sound / of the war. They are / not listening, not listening.

It’s poems like this, direct and spoken with conviction, that may be why so many left her behind. Perhaps people like a poetry more … comfortable? Levertov is anything but. If it’s not war poems, it’s poems of divorce: We were Siamese twins. / Our blood’s not sure / if it can circulate / now we are cut apart. / Something in each of us is waiting / to see if we can survive / severed.

I have found that Levertov gives voice to my deepest anxieties. Her language is direct and unadorned, but it is a language I can understand.