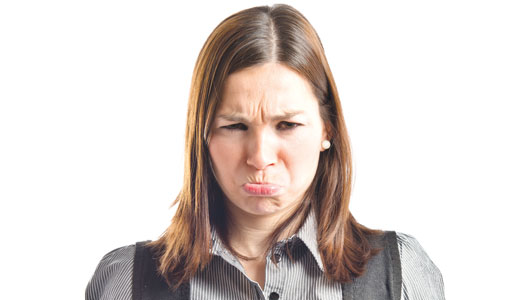 Following a landslide of departures by senior editors and staff writers, The Courier-Journal has named a 23-year-old content producer executive editor of the once storied newspaper.

Bailey Pulliam has previous experience as a beat reporter at a small Indiana newspaper, a summer intern and as editor-in-chief of the University of Louisville student newspaper The Cardinal. She replaces Neal Budde, who, like many before him, departed to local online competitor WDRB.

“I know I’ve got big shoes to fill, but I think I can do it,” said Pulliam as she slowly spun around her cushy new swivel chair in her new corner office. “I took a BuzzFeed quiz the other day called ‘What job should you be doing?’ and I got ‘editor.’ So, I got this.”

Pulliam went on to say she hasn’t thought about a new direction for the paper but will totally get on that soon.

In addition to Pulliam, the incredibly short list for the executive editor position included Terry Boyd of Insider Louisville and the anonymous Twitter user known as @LVilleNewsDoge. The latter was taken out of consideration after he failed to provide proof of legal residency.

In the past six months, 10 reporters have been hired by WDRB, six by WFPL’s Center for Investigative Reporting, one by ESPN, and one by the United States Post Office. Seven others have sold their soul and now work in public relations or advertising. Publisher Wes Jackson has also announced he will be departing to pursue a wrasslin’ career in the WWE.

“The paper will survive. People have been declaring it dead for ages now,” said Jackson during a recent Spandex fitting. “I am leaving to pursue a dream. Journalism doesn’t have enough pile driving for my tastes. The final straw for me was when corporate axed the bring-your-own lunch volunteer cage match I’d planned. It was supposed to be a morale booster.”

Others are less optimistic about the future. When asked his opinion, Mark Boxley, the lone reporter left on the C-J staff, responded by throwing up into his trashcan and explaining he hadn’t gotten a day off since his job duties had expanded from cops reporter into cops reporter/education reporter/bridges reporter and entertainment columnist.

“Are you guys hiring?” he asked between phone calls. (Editor’s Note: We are not.)

Many in the media community believe problems for the C-J started when the Binghams sold it to Gannett. Bob Dickey, president of community publishing at Gannett, was quick to dismiss the idea. “We’ve treated The Courier-Journal with as much care and respect as any of our other papers. We love Lewisville and we know the people of Colorado — it’s in Colorado, right? — do, too.”

The recent shakeup in management isn’t the only thing the media organization is being criticized about. A newly launched website has many longtime racists claiming that its harder for others to see their racist comments about how that drug addict who died definitely deserved to die for getting addicted to painkillers prescribed by her doctor after a horrific accident involving a lawnmower. Similarly, the polls about Jennifer Lawrence are now tucked away behind photo galleries of Jennifer Lawrence, upsetting Louisville fans who already have all the photos of Jennifer Lawrence and would rather spend their lunch break weighing in on whether Shailene Woodley of “Divergent” would win against Jennifer Lawrence in a game of rock-paper-scissors.

It remains to be seen whether all of these changes will impact subscription rates for the C-J.

“You know, now that you mention it, that paper has really gone downhill. It hasn’t been the same since Yarmuth sold it,” said Gerald Clark of Prospect, who doesn’t subscribe to the C-J but does read half of most stories before blaming Obama and other socialists for everything wrong with this country today.

When corrected and told that Yarmuth never owed the C-J but did found LEO before selling it off, Clark just nodded. “Oh yeah. Well, that paper sucks, too.”