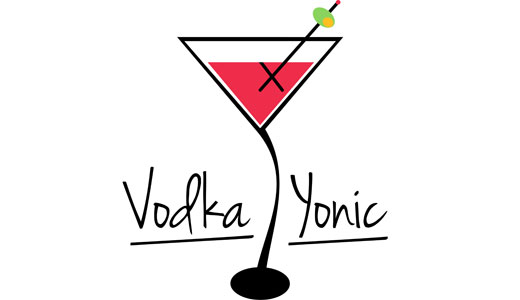 I’m a crybaby. Always have been, always will be. I remember being teased about it pretty much from kindergarten onward; it annoyed my teachers and frustrated my family. My nickname in the house eventually became “Godzilla,” because apparently my wailing sounded similar to the roar of a giant radioactive lizard. This nickname, theoretically given with love, felt cruel to me and hurt my feelings. Of course, my hurt feelings made me cry. I was an Ouroboros of emotion, weeping while I ate my own tail.

During my teen years, I was able to hide my crying jags a little better, at least in public. The overall angst of teenage life coupled with a “taking everything personally” attitude led to more than one scene of a young woman lighting candles and weeping alone in her bedroom. Certain Smashing Pumpkins and Nine Inch Nails records may or may not have been played.

But I’m an adult now, and less ashamed of myself.

Nowadays I’m set off by sadness, anger, frustration, joy, boredom, nostalgia, mourning, laughter, overlong consideration of the nature of time and the universe, ASPCA commercials, seeing old people holding hands, seeing old people eating lunch alone and — of course — children. Essentially, any aspect of the human condition can reduce me to tears. It’s kind of a running joke among my friends, my hypersensitivity. But instead of mockery, I’ve lucked into a social circle that’s more forgiving of this potentially annoying character trait. “Oh, there goes Ashley. She must be thinking of raindrops again.”

Being a woman who has lived in the world, I’m aware that crying is perceived as a sign of weakness. Feminine weakness, to be precise. But the emotions that set it off are so varied that I know this can’t be true. I sure do hate to get all Gender Studies 101 on you (just kidding, I love doing that), but I don’t think it’s any hot secret that boys are taught to internalize emotion, unless, of course, that emotion is aggression. Men throw punches, women create vociferous rivers of tears.

But women, come on now. Hands up — who’s never considered, in the throes of an argument, that you might be taken a little more seriously if you started busting deserving heads instead of crying?

That’s the most frustrating aspect of being a crier for me, the knowledge that you’re not being taken seriously for exhibiting an emotion deemed too feminine. Don’t get me wrong. There are places where one should not cry (or at least be seen crying), if at all possible: the office, for one. The office, for two. The office, for three. Of course, the office is also not the place for aggro chest-bumps and screaming or any tacitly sanctioned dick-measuring. But almost everywhere else, we need to admit that crying is really just the best way to participate in that most fantastic of Greek concepts, catharsis.

It feels good to emotionally reset. It feels good to have a weighty feeling in your chest or a lump in your throat somehow magically expelled through tears. And oh, man, have you ever cried for fun? Those are great cries. I’m not an actress, so I can’t just twist my face a certain way and let ’er rip — I need to trigger it with melodrama. I find that the last scenes of the last episode of “Six Feet Under” (a show I didn’t even watch!) are a good place to start. I dare you to queue that up on YouTube and see if you can escape unscathed. Or, I don’t know, think of a grandpa opening up a letter written in crayon. Doesn’t that get to you?

We all cry. Every one of us. And in the grand scheme of expelled bodily fluids, tears are far and away the least disgusting. There’s something poetic in taking a hanky and dabbing away a staid, dignified tear. To wipe away the tears of a loved one — or even better, a stranger — is to dive right into some of the most difficult parts of humanity.

Crying is humanity, at all of the best and worst moments. Crying is the first sound babies make, and is often the first sound many lucky babies will hear from their parents, those tears of joy. It’s a sound that you’ll hear with death. Crying happens at hospitals, at homes, at funerals. If you’re operating on a moral plane, when you see a photo of another human being in tears — man or woman, adult or child — empathy or sympathy should twinge in your heart. To be seen crying is to open yourself in a profound way to other fallible humans around you, and hope that they can understand. Tears can be beautiful. Tears can be spiritual.

Farting, though … keep that to yourself.