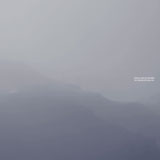 Southeast of Los Angeles in some of America’s most inhospitable, barren desert land lies the Salton Sea, a euphemistically named, hyper-salinated inland lake formed after a massive irrigation-canal-building engineering bungle around the turn of the century filled the dry Salton Sink lake bed with millions of gallons of water. Faced with this massive disaster, which submerged a nearby town and much of the Torres-Martinez Indian Reservation, developers attempted — and ultimately failed — to market the surrounding land as desirable lakefront property. Irisarri, an ambient composer from Seattle and leader of dub techno project The Sight Below, memorializes this on Sea, a dark, brooding collection of minor-key soundscapes constructed from tape loops and field recordings placed alongside sparse live instrumentation. Like the sea, Irisarri’s account is undoubtedly tragic and desolate, but also strikingly beautiful in its austerity.