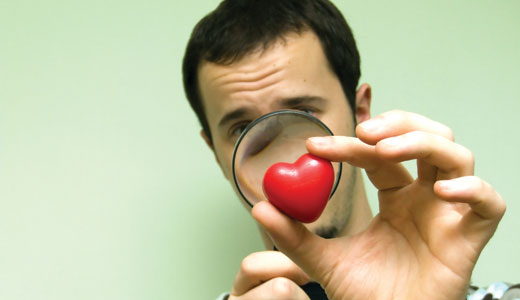 Louisville Metro Government declared itself a “compassionate city” in 2011, pledging to harness the empathy of its citizens into loving acts of kindness toward others in need. A current research project being conducted by two University of Louisville professors seeks to verify whether such a label is apt for the city, and if its residents are utilizing the power of love.

Dr. Annatjie Faul and Dr. Joe D’Ambrosio of U of L’s Kent School of Social Work have designed an online survey measuring subjects’ love actions toward themselves (such as self-forgiveness and self-esteem) and toward others (empathy, sympathy and altruism), comparing Louisvillians’ responses to those living in other regions and other countries.

“People talk a lot of times about compassion or love, but are people actually practicing compassion?” asks D’Ambrosio. “Are people really loving one another? Or do we just talk about it a lot?”

Faul and D’Ambrosio distinguish between basic acts of compassion and that of a deeper “compassionate love,” where one goes beyond mere emotions and feelings by taking direct action for someone in need, even if that might mean losing something valued or getting nothing in return.

“Just yesterday a woman took the survey and told me it didn’t apply to her because she believes you only do something for someone else if they’re going to do something for you,” says D’Ambrosio. “Many people have that idea because we’re trained on reciprocity and we’re trained on quid pro quo. All of that is ingrained in our heads, and what we’re saying is, let’s get out of it.”

According to research in the field, they say such an Ayn Rand-ian mindset may be worth “getting out of” in order to ultimately benefit oneself. According to their model, those engaging in compassionate love actions toward others may see actual health benefits for themselves — such as the reduction of stress — so long as they first show compassion for themselves.

While their research is just getting started, Faul passed along some of their preliminary findings from the surveys so far, which reveal mixed news for Louisville. The good news is that Louisvillians score high on compassionate love toward others, more so than those in other cities. However, Louisville respondents were found to have low self-esteem and difficulty forgiving themselves (Catholic guilt?), negating the impact on their own health.

“In order to get any health benefits from these positive behaviors, it will be important for Louisvillians to develop more positive inner thoughts about themselves to accompany their positive compassionate love actions,” wrote Faul.

But again, these are merely preliminary results from under 1,500 total respondents, less than half of which are from Louisville. Faul and D’Ambrosio hope to collect thousands more surveys for their study and encourage people to go to louisville.edu/kent/love-study to do so, which should take less than 15 minutes to compete.

“If we are claiming that we are very compassionate, then we need to look good in comparison to other areas,” says Faul. “I’m not sure we will — we need to investigate that a little more.”