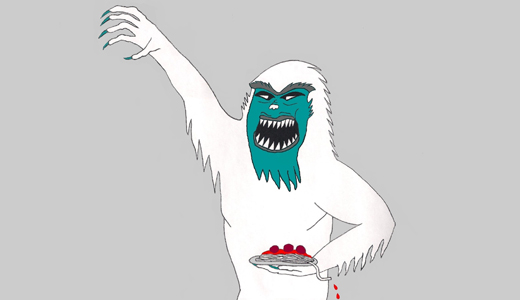 If you own Robyn Hitchcock albums, you may not be an active participant in vinyl’s comeback. You probably, like me, bought them when records were the chief form of audio pleasure. Hitchcock fronted the Soft Boys in the 1970s, after which he released album after album of catchy melodies, the type you find yourself singing along with, whether you intended to or not. So you think you’re in looovvee / yes, you probably are. Sound familiar? Admittedly, there was a glut of boys yielding guitars and singing through the ’80s and ’90s, but Hitchcock is one you’ll want to see. He hasn’t hit the Billboard charts, but for many, his songs are even more powerful, serving as bookmarks to our rock club lives. —Mali Anderson

In the ebb and flow of publishing, there are always linked short-story collections — but we’re in a time now that’s particularly rich with their unique charms. Experienced readers know there’ll be some rewarding “a-ha” moments. But the connections between recurring characters, plus the foreground-background dimensionality along with wise choices in point of view, can weave a community that entertains readers thoroughly while supporting even the weightiest themes. In the recently released “The Things We Do for Women,” Louisvillian Seth Johnson is developing just such a tapestry. His dozen stories of Kentuckians are layered with insights viewed through day-to-day elements such as canine companionship and marital troubles. Johnson’s reading and signing offers readers a perfect kickoff to the weekend. —T.E. Lyons

I’m part Scottish, so it makes sense I’m interested in the Louisville Ballet’s “La Sylphide,” a story that centers on a Scottish farmer named James. But, as is the case in most romantic ballets, life does not go smoothly. The plot has been described as “man’s internal struggle with his desires and the ensuing conflict between his fantasy life and reality. James’ search for his sylph takes him from his pastoral highland home through a misty and mysterious forest to follow his fantasy.” That’s something anyone who has lost a loved one to video games and all things Hello Kitty can understand. It’s been more than 10 years since the ballet has been performed in Louisville. This production features Kristopher Wojtera as James and Erica De La O as the winged spirit who bewitches him. —Jo Anne Triplett

Kentucky is known for many things, but one that often gets left in the dust is our long and unique baking history. Sarah Baird chronicles the history of Kentucky treats (complete with full recipes) in her recently published book, “Kentucky Sweets.” Baird, a Kentucky native currently residing in New Orleans, has appeared in numerous publications for her food writing, including Southern Living and Serious Eats. From stack cakes — which originated at Appalachian weddings, where each guest brought a layer of cake for the bride and groom — to the famous bourbon balls we love, Baird has a combined passion for culture and cuisine, along with a wish to enrich our dining experiences by adding this background knowledge to these dishes. —Chloe Gaines-Hall

Just the other day I was cursing the fact that I haven’t been to an open-bar event in a long while — too long for my taste. I kinda hate weddings, so luckily the annual “Masquerade” party is just around the corner! This annual benefit for Pandora Productions offers live music by Billy Goat Strut and DJ Sleepy T, delicious Southern appetizers, a silent auction of fabulous goods, and — you guessed it — an open bar. Hot damn! This year’s theme is the Roaring 20s, so dig out those flapper costumes and gangster gear for a Gatsby-like good time. “The proceeds from ‘Masquerade’ are a big portion of what keeps Pandora alive and their ability to create artistic pieces that inspire diversity amongst all people,” says party chair Todd Mercier. Show me to the bar! —Sara Havens

The film geeks behind the local podcast “Movie Meltdown” are once again taking over the Old Spaghetti Factory for some fine food and not-so-fine film. “The Yeti Spaghetti Show” is a take on dinner and a movie — but the movie is so terrible, they won’t even reveal the name of it. I’m guessing it’s one of those so-bad-it’s-good films, like “Showgirls” or “From Justin to Kelly.” The guys will also be recording an episode of their podcast, so be prepared to say what you really feel about cinematography and flashback sequences. The evening includes a meal of your choice, ice cream, a screening of the film and a drink special at the bar — the aptly named Drunken Yeti cocktail. Seating is limited, like the Yeti himself, so make reservations before they’re extinct. —Sara Havens

If you think John Shore is just another namby-pamby “Christian speaker,” then please ponder, if you will, this quote from his column in Huffington Post: “… in the minds of a lot of people, ‘Christian’ and ‘moron’ go together like soup and liquid. … I basically, viscerally loathe being part of — well, any group at all. I don’t join stuff. More than three people in a room start chiming in together with the same beliefs, and right away I get itchy and start scanning for an exit. … And yet — even though half the stuff believed by most Christians is to my mind horrendously toxic bullshit — I am a Christian.” John’s blog, “Christianity with Humanity,” is “a must-read for anyone, Christian or otherwise,” says Dan Savage. Shore is co-founder of The NALT (“Not All Like That”) Christians Project and founder of Unfundamentalist Christians. —Robin Garr

Don’t let her folksy charm fool you, Mary Mack is one talented comedian. And this weekend, the Wisconsin native will be performing at The Bard’s Town, another rising star booked in the venue’s recent string of one-nighters that consistently feature stellar up-and-coming/alternative comedians. Armed with her mandolin, clarinet and a down-home Midwestern accent, Mack’s witty perspective makes her an in-demand guest among radio and podcast hosts (“The Bob and Tom Show,” “WTF with Marc Maron,” “WITS”). She has released two albums and has been featured on NBC’s “Last Comic Standing” and Comedy Central’s “Live at Gotham,” and currently can be heard voicing a main character on Fox’s new cartoon series, “Golan the Insatiable.” —Brent Owen

We all must grow up, but nothing says we have to get dull in the process. The heavy thunder trio Pontiak, farm-fresh brothers from Virginia, has taken a step forward with Innocence, their latest full-length on Thrill Jockey Records; what they’ve sacrificed in fuzz has been more than made up for with deeper, more eloquent grooves. Greater emphasis has been placed on vocals — always better between siblings — and there are songs that resemble ballads, even. Live, of course, is often a different experience than on record, and nothing says their live show will be any less of a sound explosion than ever before. Spiritual cousins Old Baby also play, adding their own adult version of psych/Western/rock to a night of dudes doing their thing on Oak Street. —Peter Berkowitz

Last year, the Institute for Intercultural Communication at U of L held a film series titled “Three Films, Three Countries, Three Days.” For their eighth annual event, they’ve stepped it up. Four films from four countries will be screened over four nights at the Chao Auditorium. First up is “My Time Will Come,” a 2008 Ecuadorian drama the Museum of Modern Art called a “brooding, poignant film” and “a poetic ode to Educator’s capital city.” Then comes “1942: A Love Story,” a 1994 musical romance from India, and “Metropolis,” a 2001 anime film from Japan. Wrapping up the series is “Bamako” from Mali. The New York Times called this 2006 drama a “fierce and unforgettable piece of political art … that is also a haunting visual poem.” Intrigued yet? All screenings are free and open to the public. —April Corbin

My political ambitions ended back in high school, when I lost a student council race to a girl who wrote sophmore on every one of her campaign posters. Sophmore! With only two Os! That’s when I decided I’d rather be around copyeditors than campaigns. I suppose it’s turned out OK for me, but sometimes I wish I’d stuck with politics. Maybe I would have if I’d had more female politicians to aspire to be. Written and directed by Louisvillian Kiley Lane Parker, “Raising Ms. President” explores where political ambition begins and where girls like me went wrong. Why don’t more young women run for office? How do we get them to? The Brown Theatre hosts a public screening of this inspiring documentary, followed by a panel discussion featuring the filmmaker and members of Louisville Girls Leadership and Kentuckiana Girl Scouts. —April Corbin

‘Impressions: Art of the Race’

It’s always “horse o’clock” around here. The Kentucky Derby Museum does a good job of keeping the Louisville populace on alert with its countdown of days, hours, minutes and seconds until the next Derby. And now they’ve done a good job involving local visual artists in all things Derby. KDM recently commissioned the gentlemen of Hound Dog Press, printmakers Nick Baute and Robert Ronk, plus multi-media artist Susanna Crum and Douglas Miller (whose drawings include dirt from Churchill Downs), to create Derby-related art. The results are on view in their new exhibition that was originally scheduled to end on May 31 but has been extended to Aug. 3. The artists will be at a reception on Thursday, Feb. 20, from 5:30-7:30 p.m. (please RSVP if you plan to attend). —Jo Anne Triplett