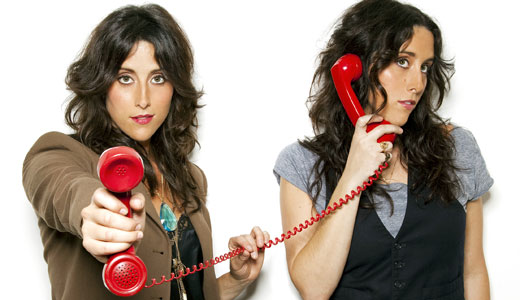 When sisters Chandra Watson and Leigh Watson released their third full-length album, Pioneer Lane, in September, casual fans of their folk/country-inflected group would not have realized it marked the first chapter in their new lives. But for the Louisville born-and-bred twins, it was the first album they recorded in their new home city of Nashville after 15 years in Los Angeles. This time, they literally recorded at home.

“We had been trying to come back to the South for the last several years,” Chandra says. “We just wanted to be closer to family and missed a lot of the cultural aspects of the pace and the people.”

As they tried to figure out what their next step would look like, they knew they would need more space — for living, as well as recording — and that they needed to have something else to work on in between music projects.

When their mother was looking in downtown Nashville for a wedding space a couple of years ago, she couldn’t find a venue she loved. “My mom jokingly was, like, ‘Why don’t you just buy something and make it an event space?’ We were, like, ‘Haha, you’re funny, Mom.’ And it got my wheels turning, and I thought, ‘Maybe we should do this.’”

Now the sisters and a partner run The Cordelle, an events space in Rutledge Hill, near the river. The name is “a reference to steamboat culture,” she says. “It’s a rope that’s on the front of the boat that brings it to shore and brings it through the water.” The building’s origins go back to the late 19th century. Now updated and added on to create a 5,000-square-foot space, the building hosts weddings, conferences and other events, while the sisters’ music career continues, both in their own band and singing back-up for others. While they first caught national attention singing with Jenny Lewis in Los Angeles, the sisters toured last year with Nashville’s Jesse Baylin. From Jenny to Jesse, not much has changed while everything has changed.

Chandra says they have been very happy in Nashville. “It’s in such a great spot right now. There’s so many creative people moving here from other cities and bringing these great little treasures from all these other cultures, and coming here and implementing that into what Nashville is — and it’s good because nobody is trying to change the old-school Nashville … whether it’s the honky-tonks or the sort of laid-back nature, no one’s saying, ‘Hurry up, hurry up, let’s get this thing moving’; everyone’s still embracing the culture as it is and just adding to it.

“The creative community here is really awesome, and it really has opened us up to a lot of new things, and it’s a different kind of scene here … I feel like people are more collaborative because (music) really is just part of life here (as opposed to in L.A.) … I met somebody the other day who is an event planner, and she used to manage Crystal Gayle,” Chandra laughs. “Everybody here at one point or other has done something in the music industry.”

She laughs, noting her jealousy that Louisville, too, has so much more to offer now than it did for the sisters and Chandra’s husband, multi-instrumentalist Russ Pollard, years ago. “Growing up there, the only thing we had were punk rock shows. That was the extent of our going out and our culture, which was super fun and awesome, and we met tons of great people through that — but I’m, like, ‘It’s not fair! We had to suffer through hanging out in the Valvoline parking lot …’ All these amazing things are happening and I’m, like, ‘Man, if I was a kid growing up there now, I would be so stoked!’”