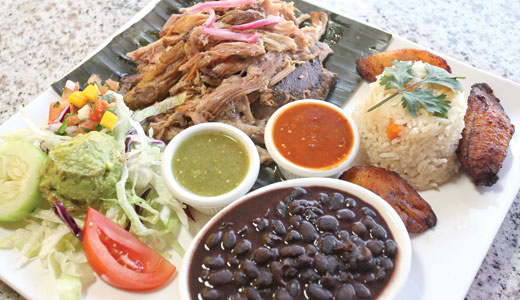 This may seem a topic better suited for Halloween than the dead of icy winter coming up on Fat Tuesday, but hey, let’s talk about “haunted” restaurant locations. Local foodies quickly learn about these venues that seem to labor under a curse, housing one short-lived restaurant failure after another.

For more than a generation, the big old house at the corner of Bardstown Road and Bonnycastle may have been the city’s most notorious such location. You can’t convince a lot of restaurant-industry people that there wasn’t a real ghost in there, a female haunt angry when the beloved 1980s-era Parisian Pantry removed an upstairs wall the ghost apparently wanted left alone. Aggressive haunting ensued; the Pantry soon shut down, and a half-dozen successors filled the place with the stench of failure until Café 360 eventually broke the curse. Maybe the hookah smoke calmed the specter?

This may be the most colorful local restaurant ghost story, but it’s certainly not the city’s only haunted location. The Butchertown space, once “Dirty” Min’s cafeteria, saw a similar string of failures until Sergio’s World Beers finally broke its spell.

I’ve certainly heard people in the business use a broad vocabulary of curse words to describe the Frankfort Avenue storefront that, back in the ’70s, housed the original Lynn’s, soon followed by a range of eateries from Jamaican to Korean to Chef Alan Rosenberg’s short-lived Danielle’s and, most recently, the short-lived Cubana.

Walking along the avenue the other day, we noticed there’s a new tenant here, a bright and inviting Mexican restaurant called “Riviera Maya.”

Say what? The Mayan Riviera, Mexico’s answer to Destin, is a place of blue Gulf waters, white-sand beaches, intriguing Mayan temple ruins and affordable vacation packages. Centered on Cozumel, it lies on the tip of the Yucatan, jutting out into the Gulf in the general direction of Cuba.

“Mayan” is also a term of culinary significance in Louisville, where Chef Bruce Ucan’s landmark Mayan Café, which started in NuLu before NuLu was even invented, has introduced us to the Mayan cuisine of the Yucatan and Guatemala.

After a quick lunch at Riviera Maya, I can’t say it’s another Mayan Café. But I’m ready to welcome it as an inviting addition to the Frankfort Avenue strip. Sunny and bright, with bold red and yellow walls and granite-look tables, it turns out to be a branch of the same family tree as the local Sol Aztecas mini-chain, with a few Mayan dishes (like the marinated pork dish cochinita pibil, $13.99) supplementing more typical Mexican selections. A couple dozen main dishes are almost all $13.99, with assorted fajitas running $2 or $3 more, and veggie dishes, sandwiches, burritos and enchiladas a buck less.

Complimentary chips were fine, crisp and fresh, with tangy mild and piquant but not fiery hot salsas.

A trio of mushroom tacos ($9.99) featured a deeply flavorful mix of spiced sautéed mushrooms loaded into soft tortillas, with creamy refried beans and Mexican-style rice with tomatoes. Both dishes were garnished with a less-than-memorable mound of shredded iceberg lettuce, pale diced tomatoes and sour cream.

Celebrate the Year of the Horse at Crane House

Asia Institute-Crane House will celebrate the Year of the Horse at the annual Asian New Year Dinner and Auction on Saturday, Feb. 22. This annual Asian bash will present five emerging local Asian and Asian-American chefs under the direction of Chef Peng Looi of Asiatique and August Moon. Each chef will offer an hors d’oeuvre and dinner course. (In addition to Looi, the chefs are James Moran of Seviche, Blake Pascua of Basa, Ming Pu of River City Winery, Robbi Santos from Jack Fry’s, and Ajit Singh from Shalimar.)

As Asia Institute-Crane House’s primary fundraiser, this black-tie event isn’t cheap — tickets are $250 ($225 for members) — but it is awesome. To reserve a spot, go to cranehouse.org.

I’m not bloody likely to miss this battle!

LEO Weekly’s Bloody Mary Battle, snowed out in January, will be Sunday, Feb. 16, from noon-3 p.m., at the Mellwood Arts & Entertainment Center. Tickets are $25 at the door, but you can save $5 by purchasing them in advance at leoweekly.com. Your ticket will get you one 1-ounce sample from each of the competing bars or restaurants, plus brunch samples and a mimosa — such a deal! Participating eateries and watering holes include Boombozz Taphouse Highlands, Bourbon Barrel Foods, Bourbon’s Bistro, Diamond Pub, Hillbilly Tea, Irish Rover, Loui Loui’s, Mellow Mushroom, Napa River Grill, Outlook Inn, Philly Burger and Steak, Shenanigans, Village Anchor and more.