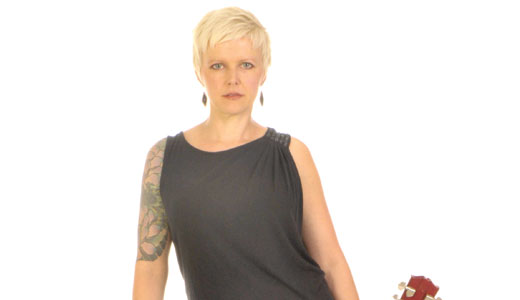 Singer/guitarist Heidi Howe celebrates her first new album in seven years, Be Good, with a record release show Saturday at the New Vintage.

LEO: How did the theme of addiction influence this album?

Heidi Howe: Quite a few of the songs on the album were born during times I was feeling very powerless over someone’s addiction to drugs and alcohol. Writing songs was one thing I could do to feel like I had a little power in the situation … “Go Back,” in particular, likened being addicted to a person as being addicted to a drug. Sometimes the people who love the addict get nuttier than the addict. The addict is just doing what addicts do … Some of the songs reflect my own sentiments as a recovering alcoholic. I love drunks. And I notice I prefer them sober.

LEO: How do you feel your songwriting and your playing have evolved?

LEO: Are you more Joey Ramone or George Jones?

HH: Hmm … I certainly sound way more George Jones than Joey Ramone. Both were rebels, and I can relate to having a rebellious nature. I’ve mellowed a little bit, but I still don’t like authority or dumb rules. Now, instead of being the kid who gets in-school suspension, I’m the parent who causes a ruckus at my son’s school when they want to encourage him to join the anti-gay Boy Scouts.

Instead of getting kicked out of bars for being a jerk, I write songs about how challenging it is to not be a jerk … I do believe George Jones was married at least four times, so we have that in common. Yikes.