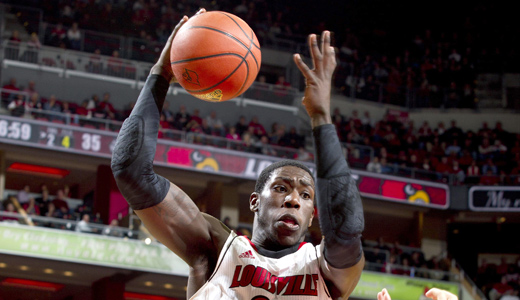 Most college basketball teams run out of gas in February when the season gets longer and the wins get scarcer. But that’s not been Louisville’s problem. In recent seasons, the Cardinals have generally picked up steam in February and marched into March playing their best basketball of the year. The most obvious example came just last year when Louisville won its last 16 straight on the way to the NCAA championship.

But January? That’s been Louisville’s hiccup month. The 2013 champions lost three in a row in January — two on national television (OMG!). The year before, Louisville looked miserable in January. Beginning right before the New Year, U of L lost five of seven games in one three-week stretch, and Father Flanigan was summoned to administer last rites. Of course, that team went to the Final Four.

So last week when Louisville dropped a game it could have won to Memphis — getting lost on defense in the final minutes, and failing to find good shots at game’s end — one wondered if it was just the January blues, or whether there might be something incurably wrong with the 2013-14 Cardinals. Such as vitamin D deficiency — as in no defense.

It wasn’t pretty, the loss to Memphis. Twice Louisville defenders ran away from a Memphian with the ball and were burned by easy three-point baskets.

“We got confused a couple times with the game on the line with what defense we were in,” Coach Rick Pitino icily explained. “We didn’t get confused one time last year. I don’t know what’s so difficult about it. But for some reason, we get … it probably means we can’t play as many defenses, although there are only two.”

Well, two defenses, sort of. The Louisville zone, which this year’s bunch has trouble getting right, is very complicated, and when properly executed is almost inscrutable to opponents. Louisville was so good at its shape-shifting, match-up zone last season that by February, the players could call variations during a play.

This team can’t come close to that. Or hasn’t yet, says forward Montrezl Harrell.

“I feel like on the defensive end, we just aren’t playing as a team,” says Harrell. “Everybody is worried about, ‘Now, how am I going to get my next shot?’ We have our thoughts too much on the offensive end of the floor.”

It must be noted that Louisville is playing without three starters from last year’s team.

But Harrell isn’t buying that excuse.

“Ain’t nobody young no more,” says Harrell. “It’s midway of the season, you should have all your jitters out. You got to come here ready to play — have the same intensity on defense as on offense. I feel like we’ve got some people worrying about where they’re going to get their next shot. Can’t have people worrying about that right now. We need people on the court ready to play defense. Then go down and score the ball. That’s what we need.”

The Cardinals might also need a bit more grit. The team is most vulnerable when opponents turn up the heat.

As Memphis was able to do last week: Louisville trailed most of the game, but went ahead on a second-half run that got the Cardinals a three-point lead. When Louisville quickly got the ball again, Memphis coach Josh Pastner slipped in a time out. You knew looking into his huddle what Pastner was asking his team to do: Make a defensive stop on Louisville, and answer with a basket — which it did. Plus, a Louisville defender needlessly fouled, and the score was knotted again, just like that.

In the final 90 seconds, Memphis made baskets, and Louisville made errors. Forced errors.

“Basketball is a player’s game,” says Pastner. “Our players made plays when we needed them to win the game. That’s all there is to it. Our guys made the plays to win.”

Which is what Louisville needs, of course. The team does miss those three starters. Most observers thought the departed big men — Gorgui Dieng to the pros and Chane Behanan dismissed — would be Louisville’s biggest problem. But it may be the player everyone thought would be easiest to replace that Louisville misses most: Peyton Siva — the Glue Guy, who held the team together. Remember those bad Januarys? Wasn’t it usually Siva who sorted it out for his teammates and showed the way in determination?

But new guards Chris Jones and Terry Rozier are potentially top-class players, and they can make life easier for leading scorers Russ Smith and Luke Hancock.

But we’ll see what Dr. Pitino prescribes for his team.

The coach says he decided after the Memphis loss to take a little lighter approach, let the players find their own identity.

“I think the guys relaxed a little more,” Pitino told Bob Valvano in his post-game radio show after a victory Sunday over Southern Methodist. “We really drilled them to stop being ‘last year.’ Stop trying to live up to last year’s team.

“I told them when they make the announcement, ‘defending national champion,’ that’s for the fans. That’s not for you,” Pitino said. “Just be yourselves. You’ll be a good basketball team come March. And hopefully, we will learn our fundamentals by then, and we can make some damage by tournament time.”