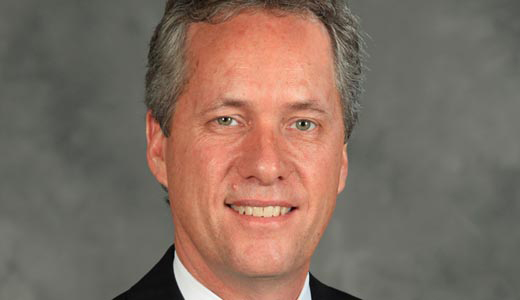 Louisville Mayor Greg Fischer sat down with LEO Weekly last week to discuss various issues facing the city this year and his plans to address them. Here’s a recap of our conversation, with some background.

In late December, credit ratings agency Standard & Poor’s downgraded the Louisville Arena Authority’s bond debt for the Yum! Center to junk status, the second major ratings agency to do so since November.

The possibility of default — or an additional taxpayer bailout in order to avoid default, in addition to the city’s maximum payment of roughly $10 million annually for the foreseeable future — has led to growing calls for action from the public and local elected officials. Metro Councilman Dan Johnson is calling for a review of the arena’s lease with the University of Louisville, and state Rep. Jim Wayne of Louisville is discussing the possibility of an audit of the Louisville Arena Authority, either by the city or state auditor.

While Mayor Fischer tells LEO he’d rather pay the minimum amount annually ($6.5 million) to the Arena Authority, he’s in no rush to follow through on these recommendations.

“We paid the maximum last year, and that’s what we have budgeted for future years as well,” says Fischer. “So the city’s in good financial condition relative to our rainy-day fund and our revenues and our expenses. We’ll be able to pay the maximum. That was an agreement that came two years ago; it was a legal agreement, so we need to honor that agreement. So I don’t have any plans to renegotiate.”

Though the arena’s bonding agreement gives the city the right to order an independent audit after consecutive years of paying the maximum contribution, Fischer has no plans to do so.

“I always think audits are good. Steve Rowland, who is my chief financial officer, is a member of (the Arena Authority’s) board. So we have a good feel for what’s going on there. So there’s no immediate plan, but we’re certainly not taking that off the page. And we have a right to do it, as you said.”

Fischer’s No. 1 priority for the 2014 session of the General Assembly beginning this week in Frankfort is the passage of a constitutional amendment giving local governments the option to implement a temporary 1 percent sales tax increase to go toward a specific project — called LIFT.

“Republicans tell me it’s a bill they have a hard time being against because it’s all about local control in devolving government to the lowest level,” says Fischer. “So I say you’ve got to be for the local option, then. If they do publicly what they’re telling me privately, there will be a lot of Republicans for this.”

While Fischer says Republican legislators have told him they’re for LIFT, he adds none have come out for it publicly yet. Fischer says he’ll be asking legislators pointed questions if they come out against it.

“If people are against it, we’re going to be asking them, ‘Why are you against local control? Why do you think people are smart enough to elect you as a local official if you don’t think they’re smart enough to vote on local projects?’” says Fischer. “To me, this is a real basic issue of democracy.”

AFSCME of Louisville — the largest labor union among non-emergency city workers, with roughly 850 members — has been publicly throwing barbs at Mayor Fischer over social media the past few months. The union called Fischer a “Grinch” for not giving longevity Christmas bonuses to 550 city workers — which Fischer eventually agreed to — and jabbed him for not meeting with AFSCME workers, saying he “has not only forgotten us, but also ignored us.”

However, Fischer tells LEO that he has a good relationship with city workers, and he has fulfilled his campaign pledge to have an “open door” policy with them.

“Any issues during contract negotiations need to go through the bargaining table,” says Fischer. “Other than that … I don’t know how much you know about how much I’m out in the public with our employees, but I’m out with them a lot. So I certainly would feel that anybody who makes the effort to see me can see me.”

“Mayor Fischer’s ‘open door policy’ has too often been closed to us,” says Wesley Stover, president of AFSCME Local 2629. “We have reached out to the mayor many times during his tenure with disappointing results. Louisville’s working families worked hard to get Mayor Fischer elected, and we hope we can continue a relationship of mutual respect in the future.”

Fischer says that his second priority for the General Assembly is legislation regarding vacant and abandoned properties, citing four bills that will make it easier for the city to take control of distressed properties in a timely manner so they can be repurposed. As for the city’s inability to find a dedicated funding stream for the Affordable Housing Trust Fund, Fischer says the problem continues to be insufficient revenue, and hopes housing advocates put pressure on the Council.

“That’s something we’ve always been trying to figure out,” says Fischer. “As you know, we funded it with some smaller dollars here the cycle before last and this cycle. It’s not near what it needs to be. The problem budget-wise has been that it’s so strapped that if there’s any available or dedicated funds, there’s all kinds of folks who want it, and that’s part of the issue.”

Perhaps figuring out a way to pay less than the maximum to the Arena Authority? Just a thought.

Less than three weeks away from the filing deadline for candidates, no challengers have filed to run against Fischer this year. In fact, there haven’t even been rumors of such a candidate stepping forward. Fischer says the lack of a challenger so far is proof that the people of Louisville are content with the leadership of his administration.

“Well, the facts are that people here in Louisville think my team is doing a great job,” says Fischer. “They see we take care of business, we operate in a fair manner. When there’s problems, we collect the data and take care of them. I think people expect local government to do that, and the results are good.”