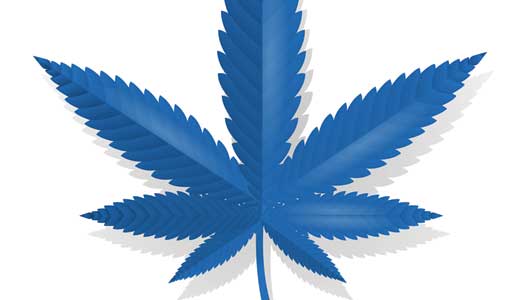 In a crowded committee room of Frankfort’s Capital Annex last Thursday, state legislators heard the emotional testimonies of parents desperately seeking medication that is currently unavailable for their sick child. While the medicine they are seeking — marijuana — has been legalized for medicinal use in 22 states, it is still classified as a Schedule I drug within Kentucky, illegal to use, possess or distribute.

Whereas medical marijuana was once thought to be a pipe dream in Kentucky — long advocated by the late Gatewood Galbraith — this year the Cannabis Compassion Act of Sen. Perry Clark, D-Louisville, stands a fighting chance of passing, and those afflicted with many of the diseases research has found it can treat are ready for a victory.

Josh Stanley, the owner of a medical cannabis dispensary in Colorado, told legislators the story of Charlotte Figi, a 5-year-old girl who was once rendered catatonic by a severe epileptic disorder that gave her hundreds of seizures a week, along with terrible side effects from her prescription medication. After giving Charlotte an edible oil made from a strain of cannabis with large amounts of the chemical compound CBD — and lacking the psychoactive compound THC — she miraculously recovered from near death, turning into a typical happy girl with only rare seizures.

“We are currently treating 300 children in Colorado, 10 of which, shamefully so, have moved from Kentucky,” said Stanley. “For a parent to stand across an invisible border that we call a state and watch other children get well, and know there’s nothing that they can do for their child because they live in Kentucky? That’s unacceptable. Something has to happen.”

Eric Byrd of West Liberty is one of those parents who reluctantly pulled up stakes and took his family to Colorado last October, in hopes that Stanley’s dispensary could help his 5-year-old son Charlie, who suffered from the same disorder. And sure enough, Charlie’s seizures are now rare, allowing his brain to develop and him to communicate with his parents like he never could before.

“As a parent who has never known the joy of that … it’s amazing,” said Byrd, trying unsuccessfully to fight back his tears.

Jill Haas brought her 4-year-old daughter Sylvia to the hearing, who has the same condition. Haas pleaded with the legislators to act so she doesn’t have to choose between moving to Colorado and having her daughter slowly pass away one night in her sleep here.

“For Sylvia and all the others in our state who are suffering and out of options, you can help us create another option that might change our lives forever,” said Haas. “Please support legalizing medical cannabis in Kentucky, and please do it quickly.”

Though the bill received strong support from Rep. Mary Lou Marzian and Chairman Tom Burch of Louisville, several Republicans spoke up to say more clinic trials of cannabis are needed to move forward, admonishing Stanley for briefly advocating legalization of marijuana for recreational use in his testimony. Rep. Robert Benvenuti III, R-Lexington, warned against using Clark’s bill as a “Trojan horse” to bring recreational use to Kentucky, claiming that marijuana is deadly.

“I could fill this committee room with first responders, law enforcement officers and parents of dead children based on the effects of marijuana,” said Benvenuti, drawing jeers from medical marijuana supporters in the audience.

“I couldn’t care less about recreational use,” said Byrd, who still hopes to move his family back to Kentucky if the bill passes. “I just want medicine for my child. That’s all I want in my life — to see his quality of life improve.”

Two days later in Louisville, roughly 100 people gathered in a Galt House conference room, each paying $150 to learn how to get into the medical marijuana business if Kentucky’s General Assembly moves Clark’s bill forward. The “Cannabis Academy” was held by Comfy Tree Consulting — who work with dispensaries in states where they are now legal — giving attendees a thorough day-long lesson in the legal and procedural hoops one would have to jump through to set up and operate a medical cannabis dispensary.

Sen. Clark spoke to the friendly audience, telling them to fight back against the misinformation spread by opponents in the legislature and op-eds who claim there is little or no research showing that marijuana has medicinal value.

“We have to call people out on their bullcrap,” said Clark. “We have to ask for their data. We cannot allow these people to say these things … people are deciding to lie, obfuscate and turn this into something it’s not.”

Despite opposition from those he mocked as being hypocritically for “limited government,” Clark said he is cautiously optimistic his bill will pass through the House, though the 48-page bill will likely change dramatically from its original form through the legislative meat grinder.

“This bill will pass the Health & Welfare Committee and floor of the House of Representatives if the (Democratic) leadership allows that bill to go through the committee system and come before the floor of the House,” said Clark. (House Speaker Greg Stumbo has spoken favorably of the bill so far.)

Clark said the real test will be in the Senate, led by its president Robert Stivers, R-Manchester, who recently told the AP, “No one has shown me it has legitimate medicinal purposes.” Clark urged people to send Stivers the many research articles showing this to be so — as well as Gov. Steve Beshear, who does not support the bill — but says that two Republican senators have told him they will co-sponsor it, including one who spent much of his life in law enforcement.

When LEO asked Rep. Benvenuti about his remarks in committee about being able to fill the room with parents of children killed by the effects of marijuana, he said the Kentucky State Police would back up cases of drivers impaired by marijuana in fatal car accidents and parents high on marijuana when abusing their child, though he didn’t know of any such parents personally.

The state’s Cabinet for Health and Family Services told LEO they do not track specific substances in child abuse and neglect cases, and therefore could not give any examples. LEO also asked the state Justice & Public Safety Cabinet last week if they have any statistics on fatal automobile accidents caused by drivers impaired by marijuana, but they have not returned any statistics.

Asked if any children have ever died just from smoking marijuana itself, Benvenuti replied, “Is there a case out there? I don’t know. But I do know there are cases (where) because people are high, people have been killed.”

In more than 5,000 years of recorded history where humans have smoked marijuana, there has never been a reported case of someone fatally overdosing on marijuana, though one person overdoses on prescription medication every 19 minutes in America.

One of the presenters at Saturday’s Cannabis Academy was Pritesh Kumar, a University of Louisville researcher specializing in the human endocannabinoid system, where the chemical compounds of cannabis are received. Kumar also does research for Quantum 9, a new startup consulting firm that assists medical marijuana dispensaries in Connecticut, Massachusetts, California, Canada and France.

Kumar tells LEO the argument that research has not confirmed marijuana as having medical applications is absurd.

“That is 100-percent false,” says Kumar. “If people search PubMed.gov with the term ‘cannabinoid,’ it will return almost 10,000 or more results on scientific-based studies that have proven this in numerous conditions. There are a lot of things you can debate, but science is just undebatable in this area.”

Public opinion is starting to gain ground along with the science of medical marijuana. National polls consistently show support for medical marijuana around 80 percent, and multiple polls have even found support for recreational use leaping up 20 percent over the past decade to more than 50 percent.

In the past two years, two surveys of Kentuckians by The Courier-Journal and Foundation for a Healthy Kentucky found that while support for recreational use is in the high 30s, support for medical marijuana was 78 and 60 percent, respectively.

While many Kentucky office holders may not be ready for medical dispensaries in the bluegrass, most of its citizens — especially those suffering from ailments who are eager for a new pharmaceutical option — are already there.