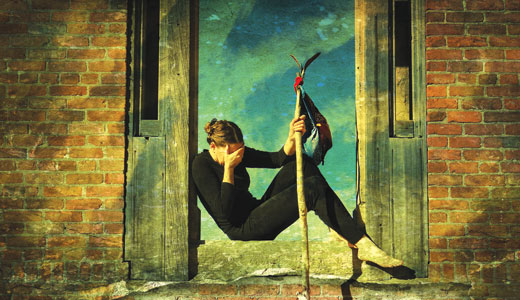 Once again, LEO devotes its pages to the city’s most talented writers and photographers. We’ve held our annual Literary LEO contest for more than two decades now, and each year it’s refreshing to observe the depth and scope of all the submitted entries.

LEO believes in the written word and the power of photography, and we celebrate and thank everyone who entered. We’d also like to thank the judges, who had to pore over each poem, each short story and each photograph to select the very best.

We are honoring the winners tonight at Spalding University’s Egan Leadership Center, where they will read their poems and flash fiction, short fiction and “something different” pieces. The winning black-and-white and color photographs will also be on display. The event occurs from 5:30-9 p.m. and is free and open to everyone. We hope you join us in honoring Louisville’s best. —Sara Havens, editor

Flash Fiction/Short Fiction — Jason Howard
Jason Howard is the author of “A Few Honest Words: The Kentucky Roots of Popular Music.” His work has been featured in The New York Times, The Nation, Paste, Sojourners and on NPR.

Something Different — Erin Keane
Erin Keane is the author of three collections of poetry. The latest, “Demolition of the Promised Land,” will be released this year by Typecast Publishing. She teaches in the MFA program at National University and is the arts and humanities reporter for WFPL.

Photography — Bill Luster
Photographer Bill Luster is best known for his 42 years at The Courier-Journal, during which he received two Pulitzer Prizes and numerous awards. Since his retirement in 2011, his work has been featured in exhibitions, including two shows during the recent Louisville Photo Biennial.