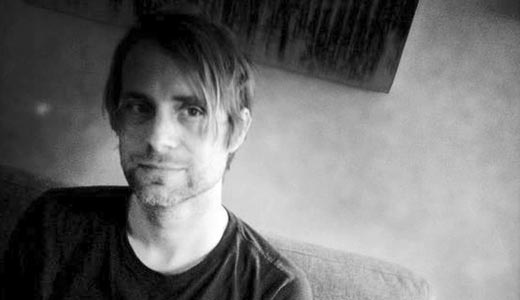 There are a lot of popular doorstop-length novels now. Subplots can be interrupted by diversions and most readers won’t bat an eye. Short fiction seems to be a specialty that can only be entrusted to certain capable individuals. And flash fiction? The list of capable becomes even shorter, as this very short form has always required both a precision of language and a finely honed vision for what each story requires.

Kyle Coma-Thompson is a writer well along toward understanding what his stories need in order to grab and hold readers. As he puts it, “Attention spans are not something to be trifled with.” This local author has a new story compilation, “The Lucky Body,” which is being introduced via events including a reading in the cellar lounge of Decca on Friday night (8 p.m., followed by music by Dane Waters).

There are more than two-dozen pieces of fiction in this volume; most are shorter than five pages. As with many accomplished voices still emerging, some restlessness becomes apparent in the choices made. Publisher Dock Street Press points out the stylistic variety of the stories in its press release: “Some are structured like allegories, while others realistically.” A considerable number of the pieces benefit from exotic settings, even when the concise form makes it a considerable challenge to get readers fully in place. As Coma-Thompson confesses in the press materials, “When I was young, I lived in Ireland. When I moved back to the States, I had a heavy brogue. Since then, thinking and talking in any social context has been a pretty strange activity.”

The plots frequently include unexpected turns away from customary behavior and social expectations. But there are also some pieces assembling successions of quick vignettes or tableaus that generate sparks in their juxtaposition (“Lost Dances,” “Stories on the Half Shell”). And a few entries are veiled proxies for basic statements of purpose (“These Artists,” “Last Man”).

The book’s centerpiece merits extra attention — and adds much to the anticipation of what this author will do next. “Spring in Zerveyta” imagines a minor post-Soviet region in major turmoil, and how a journalist might insert herself a little too far — until she sees her place in a long line of those who have been inconvenient for the most powerful. While still shorter than novelette length, this piece makes time for welcome sections like a sharply revealing description of interview preparation. LEO caught up with the author to talk about honing his craft.

LEO: Which other writers of short stories do you admire? Do you recognize the influence of any preceding voice in these stories?
Kyle Coma-Thompson: I’ve been influenced by a fair number of writers I’ve read in translation, so you could say: I admire a long list of hybrid writers (half author, half translator). Say, the Anglicized versions of Yasunari Kawabata, Isaac Babel, Jorge Luis Borges, Danilo Kiš, Jun’ichiro Tanizaki, Roberto Bolaño, Joaquim Maria Machado de Assis. And then there are the Anglo writers who write — at least to me — like they’ve been translated out of another language into English. Paul Bowles or Mary Caponegro or Deborah Eisenberg. And then, after that, there are the writers working in other forms who read like storywriters, like Tacitus or Robert Browning. That list is a long one.

As for recognizing any of those influences in the stories — and this isn’t a dodge, I swear — I don’t think I’d be too good at identifying those. I made these things and, once I was done, moved onto something else. Most of them were elaborations on some image or phrase that seemed interesting for a little while one morning or afternoon; writing them was like flicking lit matches at passing cars. Which is to say: I still haven’t bothered to check and see who made the matchbooks.

LEO: Assembled entries here (e.g., “Stories on the Half Shell”) — were these written all at once, or were the short pieces intended to be full stories themselves before you realized the underlying relationships?
KCT: I wrote the multi-sectioned stories all at once, as a piece. Fragmentary structures were part of the initial idea; I was attracted to the relationships between seemingly unrelated narratives. Keeping the different narrative lines apart somehow made them more active … they kept creating new connections and just as quickly breaking them and replacing them with other ones.