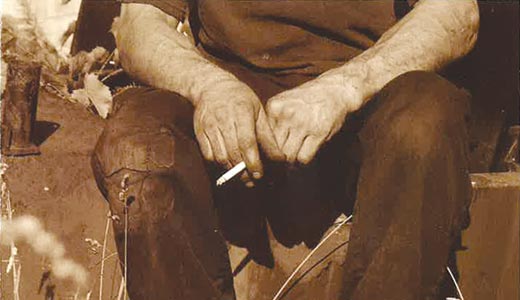 Each year, more than 100 records are released by local artists — full-lengths, EPs, 7”s, 12”s, compilations, remixes and reissues. While some acts still release CDs and a few issue cassettes, many are sticking with vinyl and/or downloads. It’s a big challenge for the local music fan to keep up with everything; even though LEO is glad to receive copies of many titles, we’ll still stumble across something online that was posted quietly, without any promotion, like Beyoncé without the fan base.

We try to review as many local releases as possible, in our print and online versions, and at our music blog, LEO Beat, but sometimes we run out of space, or discover that an intended reviewer has fallen asleep on the job and failed to deliver their insightful critique in a timely manner. So, here’s a roundup of a few notable titles released earlier in 2013 we did not get to review sooner:

J.D. Michaels is a Reluctant Troubadour, according to the title of his latest album, but he sounds happy to have the gig. The album, produced by fellow troubadour Joel Timothy, is a mature, well-textured collection of folk/country rock that would have found an audience easily in the ’70s and now sounds tailor-made for public radio. Skilled collaborators who help give weight to his otherwise gentle songs back Michaels.

Similar but different is Quiet Hollers’ I Am the Morning, led by singer-songwriter Shadwick Wilde. Their Americana, driven by Aaron West’s violin, comes from a darker well. Townes Van Zandt comes to mind, as does the more melancholy side of the Pogues. Their press notes mention Lucero and Deer Tick, among others, but this is a quieter approach (and lacking the more cartoonish aspects of many punks-turned-country acts).

Stop by your local record store to hear more, and keep reading LEO for more reviews.