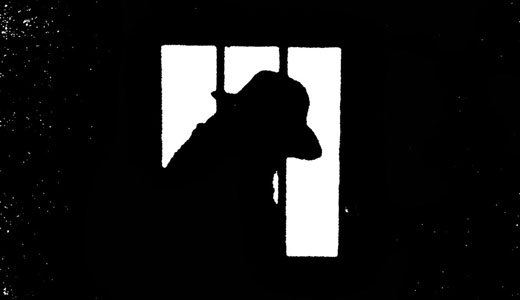 “I’ve been traveling (to Santa Fe, N.M.) because my girlfriend is going to grad school,” Evan Patterson says. “She had this old parlor guitar that didn’t have any strings on it. You really couldn’t play past the fifth fret and make anything that was in tune. So I worked with what I had and starting writing songs.”

Jaye Jayle wasn’t planned. Patterson already had two bands, Young Widows and Old Baby. Young Widows is the oldest, and heaviest, of his bands. Old Baby takes more of a classic rock/psych approach, driven by Patterson and co-leader Jonathan Wood. Jaye Jayle is Patterson with a rotating group of players jumping in as needed. While all three sound distinct from each other, Patterson’s intense approach to his instrument unites them with the lonesome, brutal cries he coaxes.

He wrote five Jaye Jayle songs on his first visit to Santa Fe, then three or four more the next time, and then a couple more. He sent them to friends and realized, “Oh shit, I’ve got a record here!”

Even the recording circumstances were different for him this time. The Jaye Jayle album was put together over two weekends by sound recordist Warren Christopher Gray in his home. Friends were invited to show up and improvise parts to add.

Patterson says recording in a welcoming family setting was “a really positive experience.” The setting made him feel safer to try new approaches than he would in a conventional studio, and the minimalist songs, too, left extra room for experimenting.

He’s also trying something different with the release of the songs. The whole piece can be purchased now on the site Bandcamp, and limited edition 7” singles will be released on vinyl each month, on different labels.

Having different outlets has made his original love, Young Widows, “easier” in some ways. They have recorded a new album, which Patterson says is “the heaviest thing I think I’ve done.”

“I really don’t know what I would do if I wasn’t being productive in music in some way.”