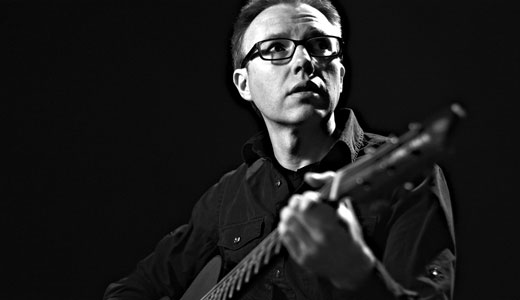 It would be incorrect, and unfair, to say that Alex Wright leads a charmed life. But he’s had some good breaks, and made some good choices, and in some ways, could be called one of the lucky ones.

First, there’s the choice. Wright grew up poor in eastern Kentucky; he knew that, as an adult, he didn’t want to continue that struggle, so he became a doctor. He had also loved playing music, but knew his long-term odds were better in the healing arts.

“Art doesn’t always pay the bills,” he says, “so I went in a different direction.” But he never felt whole being a doctor without also playing music.

Then, there’s the luck. Jim White’s hardly a superstar, except to small pockets of music nerds, but the man has had a solid career making records, touring the world and collaborating with artists from Bill Frisell to Barenaked Ladies. White heard Wright when the latter opened for him at Uncle Slayton’s, and the established act fell hard for Wright’s songs. Now, White has produced Wright’s second album, Starlight Navigator.

Wright credits White with pushing him to keep trying harder, resulting in a richer album than his first. With resources at hand, Wright assembled a large band of Louisville sidemen to assist with the album’s creation. For the release show, Friday at the New Vintage, Wright’s band will be eight-strong — large if it were a touring band, but appropriately special for one day only (the band also plays WFPK at noon).

Wright says he has heard the comparisons to Lyle Lovett, and he’s aware that Lovett also employs a “large band” at times. But “I never would’ve thought, in a million years,” that people would hear him that way. Could he have had — might he still have — a career like Lovett’s?

“I’m a tenacious person, by nature … Some days I wonder, if I had put 100 percent into it, what would have happened,” Wright says. “But I’m also aware that there are incredibly talented people I see every day who haven’t been able to break through.”