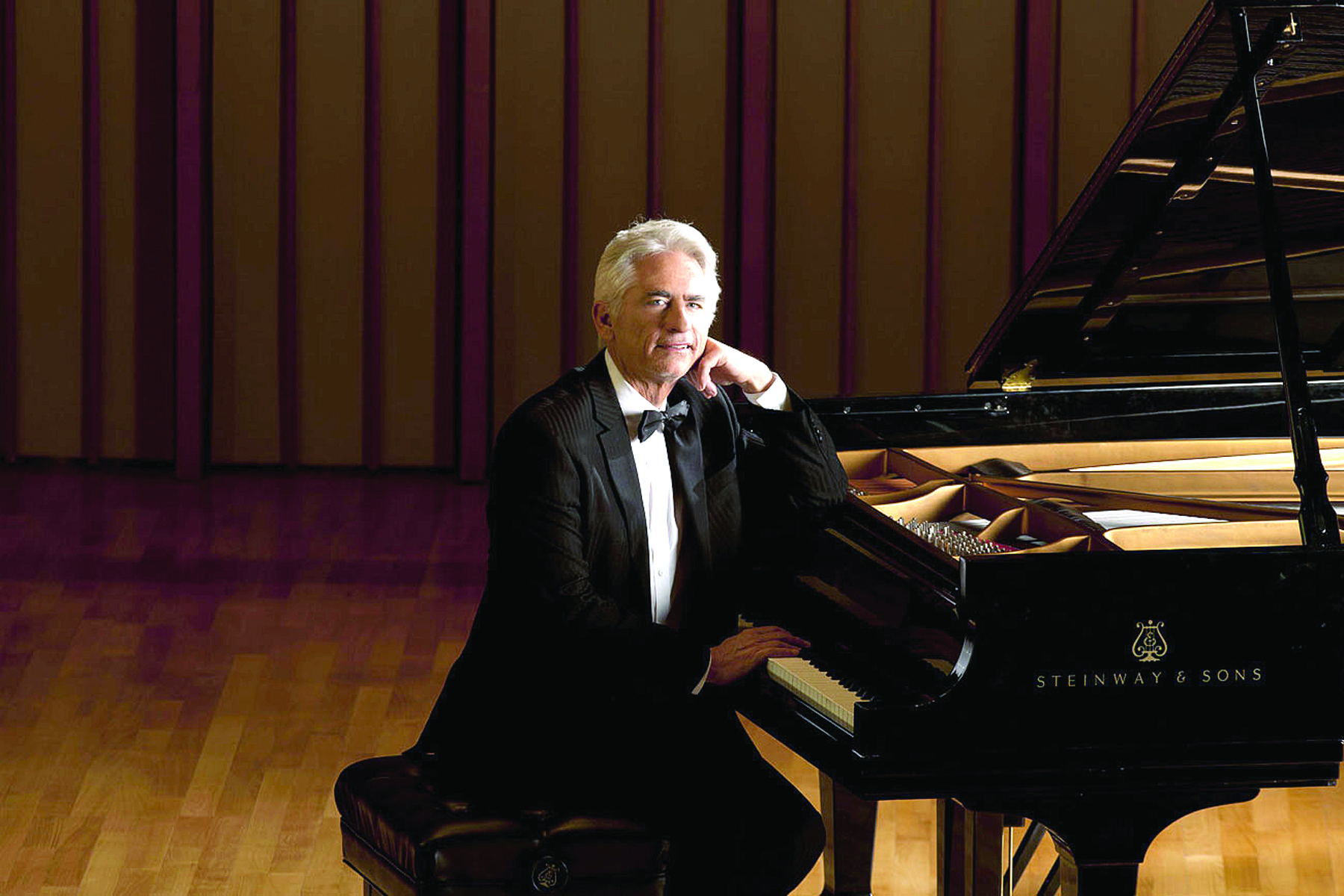 He knows, OK? David Benoit’s been around for a while. He’s been doing all kinds of stuff since 1977, and he knows you’re coming to this show to hear the Christmas music you love from the “Peanuts” TV specials. He knows his real music — what some call smooth jazz — isn’t the hippest trip, but it’s what he loves, so if you don’t love it, that’s OK. He’s not especially rich or famous, but you know what? He’s done pretty good for himself. And if it takes playing “Peanuts” music every December, or having his music used by the Weather Channel to make sure the mortgage gets paid, well, whatever. It’s all music, and if it makes you happy, it can’t be that bad, right?

This week’s show “is a happy show,” Benoit agrees with a laugh. “If you don’t feel good after this show, then something’s wrong.”

His involvement in the “Peanuts” world goes back to his childhood. He was a fan of the daily comic strip, but when the first special aired on CBS in 1965, he fell in love with composer/pianist Vince Guaraldi’s score. “One of the reasons I became a jazz pianist is because I wanted to play like Vince,” he says now, the influence still looming almost a half-century later.

Benoit made his first foray into Christmas music in 1983 with his Christmastime album, which featured some of the same pieces used by “Peanuts.” His recording of the “Peanuts” favorite, “Christmas Time Is Here,” attracted their TV producer, Lee Mendelson. The producer asked Benoit to score music for the eight-part miniseries “This Is America, Charlie Brown” in 1988. (Guaraldi died of a heart attack in 1976, after scoring the special, “It’s Arbor Day, Charlie Brown.”)

“They were looking for someone to replace Vince and had been using the more traditional film-score people, and they wanted a jazz guy,” Benoit says. “I just hit it off with Lee immediately, and pretty soon, I got to meet (strip creator) Charles Schulz. I wound up scoring at least 15 CBS specials — a lot of it (featuring) the music of Vince Guaraldi, and a lot of it my music.”

Though Schulz died in 2000, Benoit has remained close with Schulz’s family and with Mendelson. “It’s something I’m very privileged and honored to be part of.”

Benoit has read the controversial 2007 biography of Schulz and says, “With me, he was a complete gentleman, and really nice. I can see with Lee — he was probably a little tougher on Lee, but he respected my music, and I had so much respect for him. It was a mutual admiration society … My experience was always really positive.”

Benoit has had a slightly weird career, noting that its highlight might be the accidental hit he had in 1981 in the Philippines. “Take a Look Inside My Heart” touched a chord with the melodrama-loving listeners there, who greeted him like a king and gave him the ability to pursue music as a career.

Benoit acknowledges that the average person on the street who knows “Peanuts” music, as played by anyone, probably might not know some of his other music, which includes compositions for symphonies as well as straight-ahead or smooth jazz. “It would be harsh to say, ‘Well, (‘Peanuts’) just pays the bills,’ but … it does pay the bills. Also, I do love that music, so I do come by it very sincerely. It’s not like, ‘Let me jump on to this bandwagon, I can make a lot of money …’ No, I love the music truthfully. It’s sincere, and I always feel very grateful to have that association.”

And, he laughs, it’s very tough in this world to become a famous jazz musician. “So thank God for ‘Peanuts’!” If anyone leaves the show wondering what else this guy Benoit has for sale, he’ll be happy if you check that out, too.

He will play a couple of his originals during the show, but audiences will more likely remember the participation of a local children’s choir, here borrowed from Noe Middle School. It’s part of the show in every city, making what’s already fun for the whole family something those participants will remember always. “How cool is that?,” Benoit says. “That’s what makes the show really unique.”