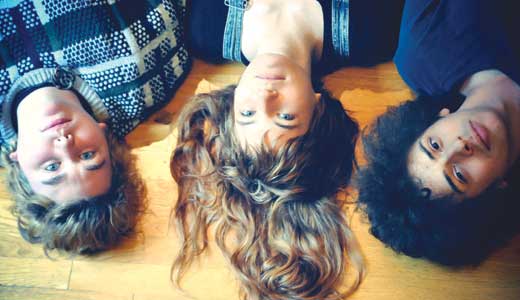 LEO’s music department asked dozens involved in this city’s scene to share lists of their favorite local music of 2013. Our selection committee was, admittedly, intentionally random — but each is a trusted member of our community. We didn’t exactly stop people on the street (even though many of them are probably in bands, too) for their two cents.

As it shook out, we got many great responses back. Two things we had already suspected were confirmed beyond a reasonable doubt: Louisville loves music, and this year, everyone loved the Debauchees.

Among the people who contributed, almost half put the Debauchees and their debut album, Big Machines and Peculiar Beings (on sonaBLAST! Records), on their list. Whistle Peak singer Billy Petot said, “The Debauchees! Duh! These guys are so much fun. Usually young folks tend to exude a bit too much rage for me, but these young ’uns are just plain f-u-n.” WFPK disc jockey Marion Dries mentioned their song “I’ve Got Energy” as one of her favorite individual songs of this year, noting, “Love the primitive punk ethic in their work.” Bryce Gill, guitarist for the Tunesmiths, called them “great, young talent and sincerely sweet kids. They will make Louisville proud.”

While this might be a surprise to some in a year that also included new albums from Jim James, Bonnie “Prince” Billy and Houndmouth, it shows how our community continues to develop new talent and support it, never sitting still even though there’s a deep bench to rely on.

It’s not a popularity contest, in the literal sense. We here at LEO like to take each song, each record, each show as its own thing; all have unique strengths and weaknesses. We don’t believe there can be a “best” or “worst” when it comes to artistic expression. In this case, we’re just sharing some recommendations.

The name dropped second-most by a jury of their peers was Old Baby. After putting their first record together after only a few months of existence, the all-star rock quintet took longer to make their second album, Love Hangover (on Karate Body Records), achieving a leap up from an already stellar debut and clarifying that this band is for real, not a mere side project (members also play solo and in Young Widows, Jaye Jayle, Sapat and Second Story Man). In his review for LEO, Syd Bishop wrote, “Given Old Baby’s penchant for dark, Americana-tinged songwriting, this is a surprisingly spry album, maintaining an unexpected momentum (given both the subject matter and material) … this Hangover succeeds as a well-crafted testament to the skill of its constituency.”

Following closely behind was a pair of artists who take a different approach to pop and rock, though less differently than it might look on the surface. Cheyenne Mize’s second solo album, Among the Grey (on the North Carolina label Yep Roc) also saw her step up her game. In this week’s music section, WFPK and LEO’s Kyle Meredith shares his thoughts on her achievement.

The young garage-rockers White Reaper received as many mentions as Mize, with “Night Visions Radio” DJ Sam Sneed raving, “My favorite local release of the year is White Reaper’s Conspirator (a 7-inch on Earthbound Records). I am just stoked people in Louisville are making this kind of music!” McKinley Moore, guitarist for Natives, said, “I’m sure someone else has said it already, but White Reaper is awesome.”

Also beloved locally lately was Anwar Sadat. The young punk trio’s first full-length, Gold (on Sophomore Lounge), had singer/guitarist Mark Kramer of Tender Mercy saying about it, “Loud, abrasive and catchy. Who else can do this?” Zach Hart, from the blog We Listen For You, called it, “A thunderous record that doesn’t pocket creativity for the sake of being ‘just another loud band,’” and added, “It’s a perfect artistic document to get the listener ready for Anwar Sadat’s live show … one of the best live bands going in town today.”

Join us again next week for more of the best of 2013, locally and internationally.