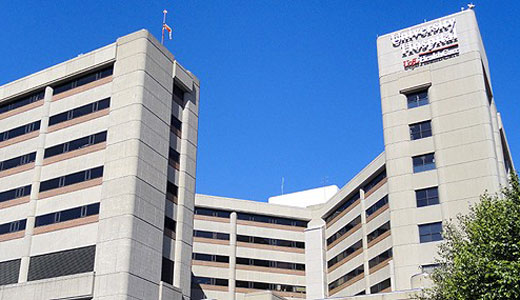 A planning group created by KentuckyOne Health began meeting last month to develop a new plan for its psychiatric services in the Louisville market, which includes representatives from University Hospital — which KentuckyOne began managing this year — the University of Louisville Department of Psychiatry and Behavioral Sciences, Our Lady of Peace and Jewish Hospital.

While the stated goal of the planning group is to find innovative ways to improve mental health services, employees working at University Hospital tell LEO they are concerned the group will choose to close its inpatient psychiatric unit or dramatically decrease its number of beds due to financial calculations, replacing it with something more profitable, such as surgical beds.

Mental health advocates and community service organizations are also alarmed that the discussions of KentuckyOne’s planning group are happening behind closed doors and without their input at the table, noting that University Hospital’s inpatient psychiatry unit is the only one of its kind in Louisville that takes poor, medically complicated individuals without health insurance, along with emergency psychiatric services.

In a phone interview with LEO last week, University Hospital president (and KentuckyOne employee) Ken Marshall and Dr. Allan Tasman, chairman of the U of L Dept. of Psychiatry and Behavioral Sciences, said the planning group’s findings would be complete early next year. While both insist that a decision to close or shrink the psychiatric unit has not been made, they would not confirm or deny that the planning group is discussing such a strategy.

Dr. Tasman tells LEO the joint operating agreement between University Hospital and KentuckyOne — along with Jewish Hospital and Our Lady of Peace, both under the KentuckyOne network — “gives us a once-in-a-generation opportunity to do some comprehensive strategic planning for what is the proper array of psychiatric services for our community.”

Asked if patients at University Hospital could be transferred to other psychiatric settings, such as Our Lady of Peace, Tasman says it’s not just a question of what building a service is in. He also notes that services of community agencies in Louisville such as Wellspring — which offers supervised housing and treatment — could provide a model.

“If we had more of the kinds of things Wellspring provides, we could divert a number of people from a more restrictive setting in a hospital, to a less restrictive community-based program, and … avoid a hospital stay completely,” says Tasman.

Marshall says while the planning group may decide part of their service should be a hospital unit, “maybe an inpatient unit is not always the best place to provide them.”

Marshall and Tasman say the planning group is looking at other cities to find innovative ways to improve psychiatric services, but as of now, it doesn’t appear interested in the input of mental health advocacy and service groups. Marshall says that when the group finishes its work next year, “if it impacts a larger community group, then sure, they need to be part of the discussion. If it doesn’t, then they don’t.”

Seven County Services — which provides mental health care to 32,000 patients in the region annually — says they are disappointed to be excluded from the group’s discussions, considering their large role in the community and University Hospital.

Sheila Schuster, executive director of the Kentucky Mental Health Coalition, tells LEO she is also disappointed by their exclusion, but from her 30 years of mental health advocacy in Kentucky, is not surprised. While Schuster applauds innovative approaches to mental health services that decrease reliance on hospitalization, she says inpatient units will remain necessary.

“I don’t know that any (innovative approaches) absolutely replace the need for inpatient hospitalization of people with complicated comorbid illnesses who need to be treated on both the physical health and mental health side,” says Schuster. “It’s not an overnight transformation, and it certainly is not failsafe, where once you have these other programs, you’re never going to need another inpatient bed.”

Schuster adds that if University Hospital chooses to close or shrink its inpatient unit, it assumes the region has strong services ready to pick up the slack, but mental health programs have been devastated by state budget cuts over the past decade.

“The community mental health centers have not had an increase in the general fund dollars in 15 years,” says Schuster. “Their Medicaid rates have been frozen at 1999 levels since 2001. This is a system that’s held together by bubblegum and hope. If they’re going to kick people out of the hospital, you’ve got to have some really strong community-based services.”

Schuster notes that if University Hospital increases reliance on such outside programs, they should at least be in the loop on their decision-making process.

“Have they reached out to Wellspring and Bridgehaven (Seven Counties affiliates)?” asks Schuster. “If they are part of KentuckyOne’s master plan, that might be news to them, and they haven’t even been called to the table.”

In recent years, the sight of hospitals closing psychiatric units — which are typically financial losers — has not been rare. According to the National Alliance on Mental Illness, over the past decade, roughly 200 inpatient psychiatric units have closed around the country, and Schuster estimates that Kentucky has lost almost half of its psychiatric beds.

Many mental health advocates and providers are hopeful the Affordable Care Act will improve service, as new plans on health benefits exchanges must cover mental health as other services, along with expanded behavioral services under Medicaid.

While the final results of KentuckyOne’s planning group won’t be known until next year, Schuster hopes their financial considerations won’t outweigh the needs of an often overlooked population.

“They are businesspeople,” says Schuster. “The bottom line is going to hold a lot of sway in terms of their decision-making. Which is really unfortunate, because mental health is not going to get you rich and famous, for sure.”