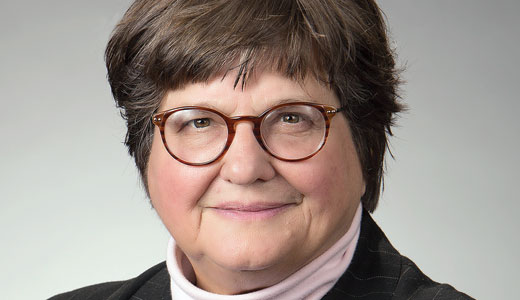 The first death row inmates Sister Helen Prejean spiritually advised were, without a doubt, guilty of heinous crimes. They’d raped and murdered. Hating them was easy. This is what was so compelling about the nun’s relationships with the men and her ultimate desire to keep them out of the electric chair, all of which she documented in the best-selling book “Dead Man Walking: An Eyewitness Account of the Death Penalty in the United States,” published exactly 20 years ago and later made into the Academy Award-winning film starring Sean Penn and Susan Sarandon.

The hard moral question isn’t, ‘What do we do with the innocent?,’” says Prejean. “We know we shouldn’t execute the innocent, but let’s have somebody really guilty, where you don’t like him.”

The book and movie skyrocketed the nun into the public eye, where she’s vehemently advocated against the death penalty, spiritually advised more death row inmates and written additional books on the subject. This week, Prejean speaks in Louisville and Lexington in support of the 25th anniversary of the founding of the Kentucky Coalition to Abolish the Death Penalty and the re-release of her most famous book.

LEO: How has the conversation on the death penalty changed over the past two decades since the book came out?
Sister Helen Prejean: There’s been a shift in mood. There’s not this zealous, angry talk of why we have to hang ’em. A number of things have happened that influenced the American public. First, they couldn’t help but be impacted by the number of innocent people who’d come on the nightly news. DNA ushered that in during the early part of the ’90s, but DNA is only present in one of four homicides. You don’t always have the biological evidence. That throws us into, well, what could have gone wrong in the court system. Don’t we have the best court system in the world?

LEO: The moral side of the death penalty debate might be easier to grasp than all of the procedural issues inside the court system. How do you bring something like that to people’s attention?
HP: A story like Troy Davis brought it home. It popularized it — people said, “You mean they’re killing this man because they filed these recantations (of witnesses) too late?” That helps open it up. One of the things impacting the consciousness and conscience is examples of the mistakes being made.

Another really big factor I never thought would be a factor is the overwhelming cost to execute one person versus how that money might be spent — law enforcement, preventing crime, following up on cold cases. People are beginning to get it. They’re looking at it and saying, “Well, we don’t see a big difference between states that don’t have the penalty versus those that do and the crime rate.” We’re very practical as a people. It’s the hot-stove model. If you touch a stove and it’s hot, you take your finger off quickly; you don’t need it to be 15 degrees hotter. That’s the difference between life without parole and the death sentence.

LEO: A growing number of families of murder victims are speaking out against the death penalty now. Why?
HP: It doesn’t help them. It delays or re-wounds them. Waiting 15 years because it’s caught up in the machinery of the appeals process. When New Jersey abolished the death penalty, 62 families testified: Don’t kill for us. We are hearing more of their voices. Now we’re hearing more about executions from executors and wardens — the moral cost on their souls.

LEO: That happened with some of the family members in “Dead Man Walking.”
HP: The hero in “Dead Man Walking” is the father whose 17-year-old son was killed, Lloyd LeBlanc. He had everyone around him saying, “Lloyd, you have to be for the death penalty or it’ll look like you didn’t love your son.” This is Louisiana in the early ’80s, when everybody was all for the death penalty. He reached a point where he said, I don’t like all this hatred and bitterness and wanting to see him (the murderer) suffer and watch him die. He said, look, I am not going to let this kill me because I’ll be dead, too, if I let this hatred and bitterness take over. He was a Christian and took that seriously in his life. He said he was going to do what Jesus said. He said that saved him and that took him down the road of forgiveness.

People think forgiveness is weak. He was the one who taught me that forgiveness is not what you do for the person who has offended you. It’s not to lift the burden of their guilt. It’s first and foremost the saving of your own life — that you will not let the integrity and love you have as a person be overcome by hatred.

LEO: People in the religious right are often for the death penalty. How do you see religion’s role in ending the death penalty?
HP: Religion has always been used to bolster some terrible abuses. Picture the Spanish conquistadors that came to kill Indian people both in South America and in the United States. They came armed with the sword and the cross. Violence and Christianity came together. And in the present right-wing people, we see Christianity associated with wealth and proposing violence as a way. They quote the Bible to accomplish those purposes. The Bible is a mixed bag, a very mixed bag, about violence and nonviolence. You can always selectively quote it.

The spirit of Jesus was lost. It’s been a huge thing, for me personally, to try and get my own Catholic church to be against the death penalty and to see it as a quintessential issue of the gospel. Love your enemies. Pray for those that persecute you. Yet, here are people upholding the death penalty without a thought. I finally came to realize that, to the extent people “get it” about the poor and marginalized, they’re going to get it about the death penalty. A lot of education needs to happen.

LEO: Most comparable countries have already banned or severely limited the death penalty. How long until the United States catches up?
HP:It could end tomorrow morning at 9 o’clock if we had a Supreme Court that was not an ideological Supreme Court and would ever look at the guidelines it set to dispense the death penalty in the Gregg decision in 1976. Supposedly, it would no longer be arbitrarily applied, no longer be disproportionately applied to poor people and minorities. If they would look at what in practice has happened, they would be able to see that close to 80 percent of actual executions have gone on in the 10 southern states that practiced slavery. They could see the clear racial bent. But they refuse to look at that. They have demanded that the only criterion for establishing evolving standards of decency is when a majority of states — we have do to it state by state — have abolished the death penalty. So, in the last six years, six states have done it. Five more are poised to do it. It’s going to happen when the momentum builds to a tipping point. Regretfully, that is going to take a long time.

I do not know about the Deep South states that have benefited from the death penalty for so long with a harsh penal system, especially against freed black slaves, where fear was in the whites from the very beginning. I don’t know if it’s ever going to happen in those states. So, we will have to reach that tipping point (without them). I can’t tell you a time frame, but I can feel the momentum building.