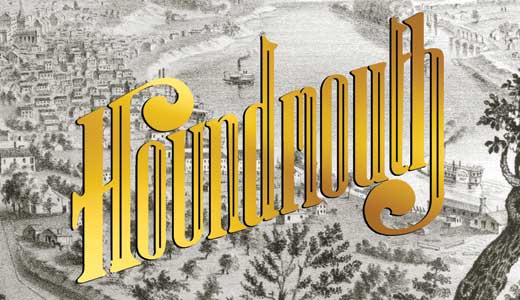 Last week, we looked back at some of the best music Louisville offered up in 2013 — a number that is now mere history, as otherwise meaningless as 2003 or 1973. Unless, of course, you’re talking about Bruce Springsteen, who will always be filled with meaning and never get a gray hair or die.

In the first part of our look back, we relayed responses to our survey of the year past, confirming local love for the Debauchees, Old Baby, Cheyenne Mize, White Reaper and Anwar Sadat. Missing out on the top five were some of our globally recognized talents — Jim James, who released his first solo album while also playing some dates with My Morning Jacket (including a tour with Bob Dylan); Houndmouth, who released their debut full-length album on London’s Rough Trade label and celebrated “Houndmouth Day” in Louisville with a show at Iroquois Amphitheater; and Bonnie “Prince” Billy, who continued to keep fans on their toes by making a new album in his house and then driving it around to local stores as his means of distribution, favoring neighbors and frustrating his thousands of additional worldwide fans.

Houndmouth did earn several mentions from their local scene mates, earning a solid sixth place. Next came heavier sounds from a pair of bands who earned the same number of mentions, but have only volume in common otherwise. Julie of the Wolves, an all-star quartet who have consistently rocked out in a variety of bands over the past 10-15 years and are now united in a catchy punk format, won acclaim with their album Create/Destroy (on Noise Pollution).

Black metal heroes Anagnorisis earned far-flung accolades for their self-released album Beyond All Light (the band plays the album live Thursday night at Haymarket Whiskey Bar); the Canadian magazine Exclaim! wrote, “… filled with thunderous drumming and pierced by moments of unexpected illumination, Anagnorisis have crafted a black metal album worthy of their name.”

Outside these bluegrass borders, LEO’s music writers also, somehow, found even more music to enjoy this year. Running away with the top honors in 2013 was one of the very first albums to be released, way back on Jan. 22: No Beginning No End (on Blue Note) was neither the first nor the last we’re hearing from hip-hop-inflected soul/jazz singer José James, but dang, it’s a great one.

In his LEO review, Damien McPherson wrote, “I’ll be damned if this isn’t in my top five 335 days from now. The jazzy singer from Minneapolis finally gets a proper U.S. introduction after two incredible records on DJ Gilles Peterson’s Brownswood label and a quiet-as-a-whisper standards album on Verve. Those in the know have wielded his songs as secret weapons for several years, but now is the time the rest of the world gets familiar.”

Also taking up space in our ears was the modern country of Kacey Musgraves, the Central American grooves of the Garifuna Collective, Gregory Porter’s theatrical jazz vocals, Laura Mvula’s British soul power, the retro Cumbia of Maguaré, the revived concept hip-hop of Deltron 3030, Setenta’s Latin soul, the haunting indie folk of Spirits of the Red City, the electro chills of Jon Hopkins, anthemic indie rock from Thao & the Get Down Stay Down, Bombino’s African guitar trance, and the pop/R&B of the Tennessee kid, Justin Timberlake. Oh, and we can’t forget Kanye (he won’t let us).

In a year that saw Brooklyn’s Red Baraat visit Louisville twice and release two new titles, some of us got deeper into the blending of brass bands with modern funk and hip-hop rhythms that continued everywhere from England to India to Wisconsin — plus, of course, New Orleans, where the Hot 8 Brass Band and Brass-a-Holics dropped solid collections, and Jim James produced a modern classic for the Preservation Hall Jazz Band.

None of us were sad when Mumford & Sons announced a lengthy hiatus.

We hope you had as much fun as we did in 2013, but we also hope for an even better 2014. (Fingers crossed for a Springsteen-led Forecastle Festival … hey, why not?) #possibilitycity