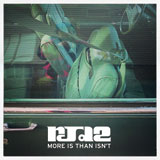 There’s a reason this critic listens to albums in as many different locations on as many different machines as possible before processing those sounds into words: What works in one situation does not reproduce in others. I hate RJD2’s latest album in my car. From the poor mix of Phonte’s otherwise solid feature on “Temperamental” to the scattershot hip-hop-as-improvisational-device (read: noodling) on “Milk Tooth” and “Her Majesty’s Socialist Request,” in a dozen efforts, I can’t wait to reach a stop light so I can turn this dreck off. Headphones tell a different tale, however. “Behold Numbers” becomes a revelation; its tonal shifts are compelling. Street-corner busking turns philharmonic. Enough can’t be said, though, about the criminally underrated STS and his feature “See You Leave,” already in my top 10 list for songs of the year.