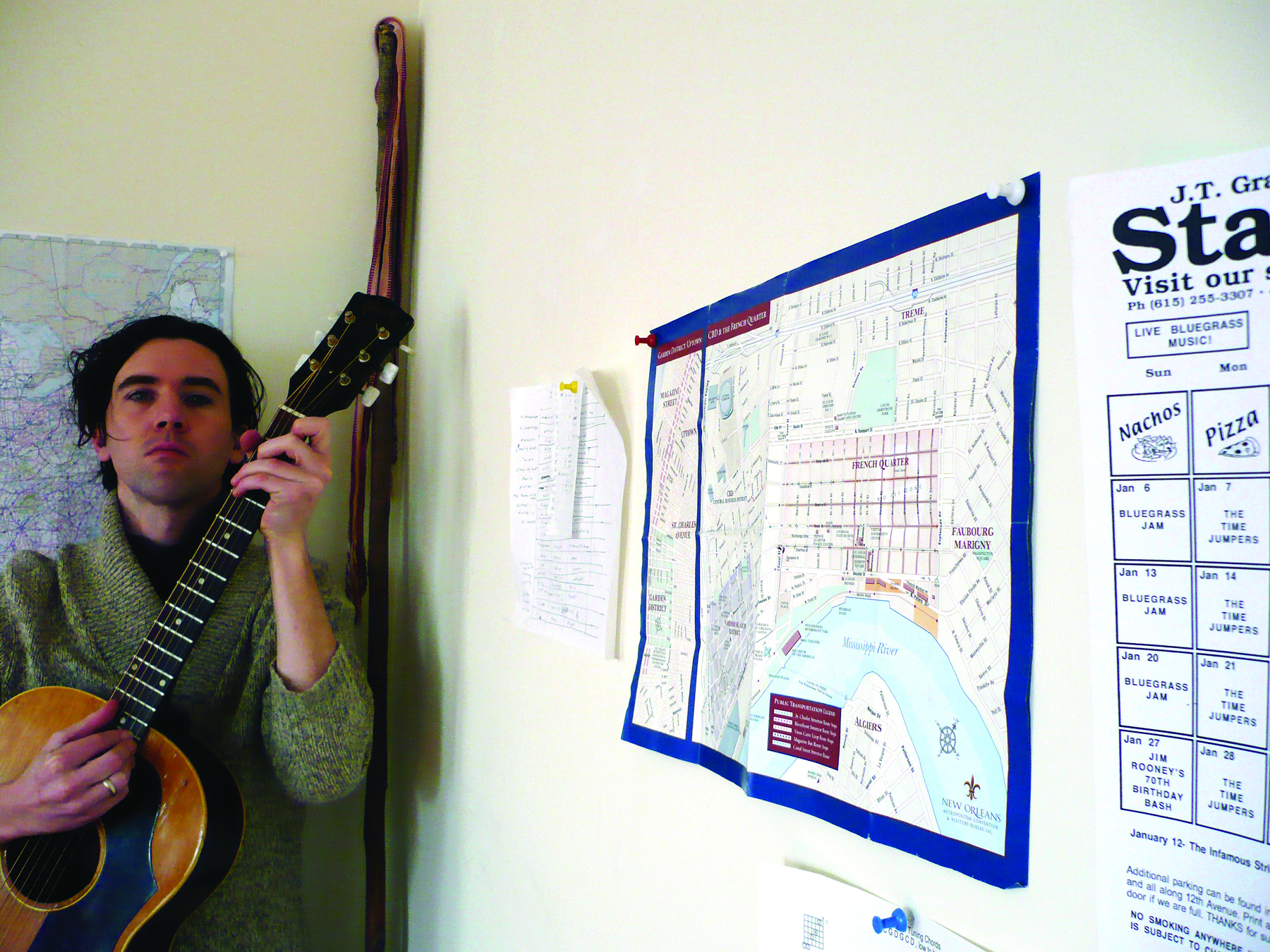 “There are only two genres,” says Cass McCombs, “country and western.”

The singer-songwriter is completely sincere when he says this, but his catalog of seven albums speaks otherwise. Big Wheel & Others is his latest and longest to date. He’s been blowin’ in the wind for years, living a gypsy lifestyle within the perimeters of his native California. Along the way, he’s collaborated and hung out with weirdos like Animal Collective and Gang Gang Dance. His last joint effort captured on Big Wheel stars the vocals of ’70s actress Karen Black, who died last August. She sings on the song “Brighter!,” which McCombs had written for her. And despite battling cancer during that time, she killed it.

Two versions of that song grace both sides of Big Wheel. He says the songs change with each performance, and he is generally unattached to his studio takes. “The records are a pretty dull experience,” he says. (This writer kindly disagrees.)

Sure, some on Big Wheel are slow-burners — see “The Burning of the Temple, 2012,” a somber jazz slow dance with a haunting clip of Black asking, “Hey now, brother, where you headed so slow?” Others are surprisingly gritty, like the funked-out and bluesy “Satan Is My Toy,” or the psych-Western roller “Joe Murder,” where a disturbed sax solo materializes mid-song. McCombs experiments with genre here more than on any of his previous records, its 22-song length allowing plenty of room for directing his creative yawns to off-beaten paths.

Like his live performances, the songs on the record consecutively offer their own flavor. Put together, they are a feisty commentary on human life. But it’s easy to overlook these lyrics for a song’s more attractive qualities — so when he asks on “Morning Star,” What’s it like to shit in space?, it hardly stirs a second thought when paired with its plugged-in acoustic pop.

McCombs is very sincere. “I believe in littering,” he says in a Lou Reed-style sprechgesang on “Everything Has to Be Just So.” He adds, “I believe in stealing, because we never really possess anything.” Given his askew relationship with the world, these are unironic confessions, likely. The true possessions, he says — the best materials to litter — are what we make. Some people make pottery, some make baskets and some make meth. McCombs makes sense.

Having lived a nomadic life, McCombs is constantly surviving. He admits to living off Wonderbread for a week, noting that foodie culture distracts from our survivalistic nature. “Food is already a luxury, and now we’ve made it that much more bourgeois,” he says.

He neither concerns himself with reading reviews nor with figuring out what to wear. He simply survives. And just as he identifies with only two genres, you’re only one of two things in life. “You’re either surviving or you’re not surviving.”

That means no time to dilly-dally with what shirt to wear. “You don’t have choices in this life,” he says. “There are no choices you get to decide; it’s decided for you.”

So while we are condemned to one body, we participate in a seamless universal order. It doesn’t matter what we have done; our only possessions after death are what we have made.