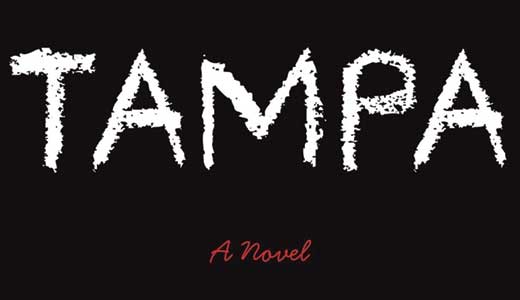 The dark subject matter of hebephilia is balanced by equally dark humor, all of it made palatable by the light, twistedly creative voice crafted for Celeste, which Nutting uses to full effect. “Tampa” is a bold book that unapologetically commits to its morally bankrupt narrator, making it more akin to something like “American Psycho” or any Chuck Palahniuk book than that quintessential novel on inappropriate relationships with children, “Lolita.”

Here, we are placed in the mind of somebody who sees her victims as short-term and dispensable, someone who fails to muster an iota of concern for anyone other than herself. Celeste is so thoroughly consumed by her lust that she presents everyone around her as caricature — most spectacularly with her brutish, wealthy cop of a husband, whom she internally despises and drugs to avoid having sex with. There’s no remorse or moral bargaining about her atypical desires and increasingly illegal actions, only methodical plotting as she tries to keep hidden what she knows, but doesn’t care, is wrong. This unusual perspective makes for a raunchy and reckless literary ride that’s more about the character study and overall themes explored than the straightforward, uncomplicated plot.

A dark satire, the book turns on its head the mainstream narrative that schoolmarms who sleep with students are physically unattractive and/or invested in the relationship only for the emotional connection. Nutting has said in press interviews that “Tampa” was inspired by a high school acquaintance named Debra Lafave, who was arrested in Florida (duh) at the age of 23 for sleeping with a 14-year-old student of hers. Lafave’s defense attorney essentially argued she was too pretty to go to prison. Despite being influenced by real-life headlines, the narrator and plot points in “Tampa” are pushed to such hilarious and enthralling extremes that it’s easy to remember this is fiction we’re digesting.

Knowing all this won’t make the most graphic parts of the novel less icky, nor will it make you feel less bad for laughing at the exploits of an abuser. Still, it’s a good reminder of the power of transgressive fiction and why it’s worth exploring. It pushes boundaries and it poses questions, like what it means to be a male victim of sexual abuse rather than a female, or how far you’re willing to root for an antihero.