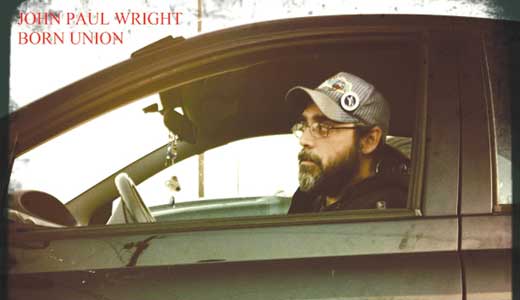 Working for the union

Many people make music on the side, as a form of expression, never expecting to become part of the mainstream music industry. Many of those people work behind a desk or in front of customers. John Paul Wright is one of the very tiny handful of songwriters who’s working on the railroad.

Wright doesn’t just work for the company — he’s a timeless union man, an organizer and an agitator. He’s a locomotive engineer and a labor singer. Take a moment out of your day and imagine a contestant on “The Voice” singing a song like “War on the Workers,” or “Casey Jones the Union Scab,” and consider the hard lives many lead.

But also consider the joy Wright gets from singing his songs, paying tribute to his fellow travelers.

Wright’s latest album, Singing to the Choir, was released this fall. On Saturday, Wright and fellow local folkie John Gage play at the Rudyard Kipling with fiddler Kate MacLeod and singer/guitarist Duncan Phillips. The latter is the son of the late Utah Phillips, the iconic labor organizer, train-hopper and storytelling folk singer, and has carried on his father’s work.

Wright met Phillips last year at a hobo convention in northern California, learning that the son didn’t like his father’s music because it took him away from home. Wright’s job takes him to Nashville and back, but he spends as much time as he can with his son, Jonah, schooling him in many ways.

Jonah and wife Donna are Wright’s priorities, but nights like Saturday are special occasions to celebrate his world outside of their home. The family lives in a nice house in Middletown, but Wright has also known fellow workers who have been laid off, or even killed on the job. He sings their songs, and rails against a corporate culture that has taken over our nation, threatening democracy and poisoning children’s minds.

Wright knows he’s not alone in his fight, though. Like-minded members of his community will join together in song on Saturday, share stories and wish for a 2014 filled with solidarity and a more perfect union.