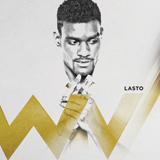 LastO is a “gay rapper.” We’re supposed to know this because that comes before his name in his press releases and social media, branding him as gay before talented, skilled, witty or interesting. The problem is, this is just another shitty rap album, not a “gay rap” album, whatever the hell that would be. OK, he tells people to suck his dick and drops fashion designer names — how does this make him different from any other rapper out today? It isn’t a horrible record by any stretch. “Dream Wild” is a fairly decent riff on Wale’s “Bad,” sullied only by an asinine skit attached to the end of the song. Where’s Vivian? proves, had anyone ever asked, that “gay rap” can be as mediocre as the straights and closet-cases. #Progress