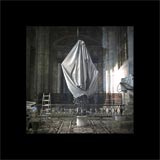 Canadian ambient artist Tim Hecker has made some of the most challenging and captivating music of the early ’00s. Practically every record since his 2001 debut, Haunt Me, Haunt Me, Do It Again, has felt instantly classic, a series of records you didn’t know you needed until you heard them; his new record, Virgins, is no exception to this rule. But whereas his previous albums felt essentially digital, Virgins is an exploration into acoustics. The role of the studio is prominent and inexorable: It’s an intensely kinetic, three-dimensional record in which every sound is marked by its reverberation in space. It’s also the most foreboding Hecker has ever sounded, which is saying a lot. The pair of “Virginal” tracks, featuring a piano-like instrument of the same name, almost reach a Lovecraftian kind of horror. Don’t miss this.