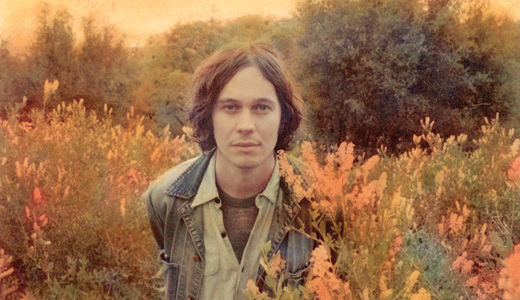 The music of Ernest Greene, as Washed Out, is about as calm and dreamy as pop music gets, which is how he ended up as the poster child of the synth-heavy, reverb-soaked “chillwave” movement of the late aughts. And while his sophomore full-length, Paracosm, is his most laid-back offering yet, it bears little resemblance to the lo-fi bedroom demos of his early EPs.

For one thing, Washed Out has made the jump from solo laptop project to full-fledged band in the intervening years and now features Greene’s wife on keyboards.

“What we’re doing now is by far the most rock-leaning set I’ve ever done, mainly because the lineup is a traditional rock band setup,” explains Greene. “I still write by myself, but for the first time (with Paracosm), I was very much writing for the band and the live show, which is much different than what I’ve done before. I’m really thinking about each member’s strengths and weaknesses.”

Compared to his debut full-length, 2011’s Within & Without, the new album is much brighter. “I keep saying it’s a daytime album,” says Greene. The word “paracosm” refers to an imaginary realm, and Paracosm was written shortly after he and his wife relocated to an idyllic cottage in rural Georgia.

“It’s by far the nicest setup we’ve ever had,” Greene gushes. “I have my own dedicated studio space now. That was a big inspiration for the album, and kind of a paracosm of its own. We were so busy for the last couple years before, traveling and being in the spotlight. It was nice to get out to the country and do our own thing. It was a very content time, and I guess it came out through the music.”

While writing Paracosm, Greene was first exposed to the life and work of outsider artist Henry Darger, who he came to identify with as a sort of kindred spirit. Darger became famous posthumously after the discovery of his 15,000-page fantasy manuscript, accompanied by hundreds of drawings and paintings meant to flesh out the story.

“I just read a lot about his life and tried to dig up as much of his artwork as I could,” Greene says. “I definitely drew some parallels between what I was doing and what he was doing. He was a reclusive artist — no one really knew, in his life, that he was doing this artwork, and it wasn’t until he passed away that it was found. He was never trained, and so he created his own process to put together his artwork. Because of that, it’s very unique and stands apart from anything else I’ve seen.

“I like to think of my work kind of like that,” he continues. “I taught myself, and because of that, I approach things from a slightly weird perspective.”

Being self-taught does come with its fair share of difficulties. Though he already had a few smaller releases under his belt by the time he cut his first proper album, Greene faced a great deal of challenges during the process.

“The hardest part with Within & Without was dealing with my own insecurities, the pressure I put on myself. Having gone through that, I knew how to deal with it a little better (when writing Paracosm). The process went a lot smoother. I had a strong idea of what I wanted Paracosm to sound like, so it was like filling in pieces of the puzzle of that picture I had in my head. Within was more of a trial-and-error process — trying things out and stumbling upon ideas randomly.”

That clear and focused vision on the big picture is what separates Paracosm from the rest of the Washed Out discography. Live instrumentation and acoustic guitars round out the trademark synthesizer washes, and the obscurant wall of reverb once found on Greene’s vocals has been softened, allowing his peaceful, stream-of-consciousness lyrics to shine through.

Greene feels fortunate to be able to share the stage with his band. “(When I started out), there were some parts about performing solo I really liked, and other parts I didn’t. Then the shows got bigger and bigger … I felt confident to perform by myself in the smaller clubs, but once I got to the festivals, it felt more comfortable for me having a band. That interaction on stage really feeds into the audience and the overall vibe.”

Washed Out with Ponderosa