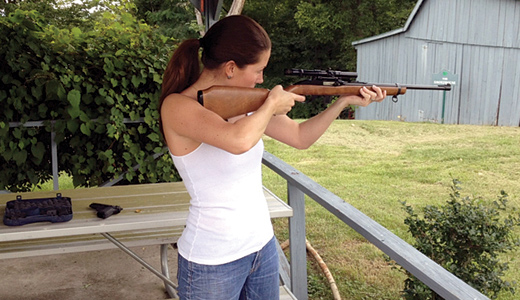 As we wrote here last week, a great deal of mystery surrounds the once-estimated $5 million the Louisville Arena Authority still owes the Kentucky State Fair Board — a tab amassed through their original operating contract to assist the Fair Board for business lost by Freedom Hall to the new KFC Yum! Center.

While such a debt to the state agency was once noted on the Arena Authority’s books, the Fair Board forgave this net negative impact debt publicly in May, and then issued a statement in July — following criticism from state legislators — clarifying the debt was still owed. In a September hearing of the state’s Capital Projects and Bond Oversight Committee, Fair Board CEO Rip Rippetoe — seated next to Arena Authority chairman Larry Hayes — said the exact amount of such debt would be calculated in January and then paid.

However, at this week’s Arena Authority board meeting, Hayes told LEO there were no plans to make any such payment to the Fair Board in the future, and matters between the two are settled.

“That net negative impact would be impossible to justify,” said Hayes. “And, yeah, we have moved on.”

In the meantime, such debt is not on the Arena Authority’s books as they meet with credit-rating agency Standard & Poor’s, who downgraded their ability to pay back debt on their construction bonds last year and will release a new report on the arena’s finances next month. At this week’s meeting, they also announced that credit-rating agency Moody’s — who also downgraded Arena Authority bonds last year — will release a new report this week.

Let’s all wish the Arena Authority — and the taxpayers of Louisville and Kentucky, who would have to bail them out if they can’t make bond debt payments in future years — the best of luck with that.

Sen. Rand Paul’s serial plagiarism scandal hit its zenith last week, after repeated daily reports showing that parts of his speeches, op-eds and book were stolen verbatim from other sources. After originally claiming no wrongdoing and blaming the media, Paul finally partly admitted to errors and said that he would provide “footnotes” to his speeches going forward — despite footnotes having literally nothing to do with his rampant plagiarism.

That “partly” caveat to Paul taking responsibility for his plagiarism is due to him continuing to whine about the press picking on him, saying his office’s new oversight of speech content is to “make people leave me the hell alone.” In an interview with The New York Times — in which they described him as “drawn and clearly shaken” — Paul said his errors were due to being overburdened by his work schedule, continued to blame the media, and suggested he might take his ball and go home.

In a National Review interview, Paul said, “I feel like if I could just go to detention after school for a couple days, then everything would be OK. But do I have to be in detention for the rest of my career?”

Paul is obviously intent on running for president in 2016, but if he continues to whimper and melt down under the media’s spotlight — which would only increase tenfold in the heat of a national campaign — he seems destined to fulfill his threatened exile to Bowling Green, whether he wants to or not.

The already ridiculous circus of the 2014 U.S. Senate race in Kentucky added yet another ring last Friday, as the campaigns of Sen. Mitch McConnell and Alison Lundergan Grimes fought over who loves guns the most, with photographic evidence.

Just before McConnell began a campaign event at a Louisville gun club to tout his NRA endorsement, the Grimes campaign stole his thunder by sending out a picture of her shooting a rifle, along with a challenge for McConnell to shoot at a gun range with her. Following the event, the spokeswomen for the Grimes campaign and Republican Party of Kentucky tweeted out photos of themselves shooting guns to show off their firearm chops, too.

The McConnell campaign and National Republican Senatorial Committee further promoted the Grimes photo, finger wagging that she wasn’t wearing the proper safety gear for her eyes and ears. However, the Grimes campaign most definitely appreciated their distribution of her locked and loaded, figuring there are more male voters than schoolmarms.

If there’s one thing that both McConnell and Grimes can agree on, it’s stiff-arming the media and their dastardly gotcha questions.

After a four-month delay, Grimes finally conducted her first sit-down interview with a Kentucky journalist — but not before the fashion magazine Elle published a Q&A with her, asking such hard-hitting questions as “Can you speak a bit about your personal style and how the way you dress relates to your campaign?”

If only the Founding Fathers’ freedom of the press garbage could protect McConnell from his right to be free from questions he doesn’t approve of.