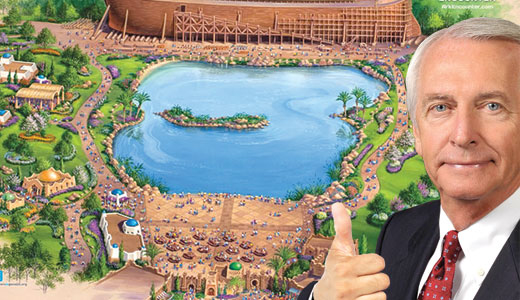 Discussions about the economic future of eastern Kentucky among our elected officials typically devolve into scapegoating of the EPA and the Obama Administration’s so-called “War on Coal.” Instead of acknowledging the free-market forces contributing to the coal industry’s decline — the falling price of natural gas and declining Appalachian coal reserves that can be easily extracted — and proposing alternative industries in one of the country’s poorest regions, politicians usually stick to the talking point that without regulations on the mining and burning of coal, the region will bounce back into boom times.

However, an upcoming summit in Pikeville, Ky., on Dec. 9 seeks to change the dialogue on the region’s future. Shaping Our Appalachian Region (SOAR) was organized by Gov. Steve Beshear and Congressman Hal Rogers and has received the thumbs up from House Speaker Greg Stumbo and Senate President Robert Stivers, all known for their heated anti-EPA “War on Coal” rhetoric. But such rhetoric was glaringly absent from their press conference announcing SOAR last month, and organizers have remained insistent that its focus will be on diversifying the eastern Kentucky economy and finding new ways to boost the region devastated by the loss of more than 6,000 coal mining jobs in less than two years.

While some skepticism may be warranted on what SOAR can actually accomplish — look no further than Lt. Gov. Jerry Abramson’s mostly ignored tax reform commission — the summit has the strong support of progressive groups such as the Mountain Association for Community Economic Development (MACED), which has long advocated for such economic diversification.

Whereas such talk in the past was decried as abandoning the coal industry, the movement is picking up some new and surprising conservative allies. Republican commissioner of agriculture James Comer — widely assumed to be running for governor in 2015 — dropped jaws two weeks ago when he told WFPL that eastern Kentucky political leaders’ rhetoric and strategy for the region needs to change.

Even the Kentucky Coal Association — the powerful public relations arm of the industry — says that while it fights against EPA regulations, the region needs more than just coal.

“I think (SOAR is) designed to create other opportunities,” KCA president Bill Bissett told SNL Financial last month. “If coal comes back, that’s a great thing, but this is kind of a Plan B that’s probably been needed for many years.”

However, not everyone appears to be on board with SOAR’s agenda. Last week, Sen. Mitch McConnell announced he would host an anti-EPA rally in Pikeville days before the SOAR Summit begins, which will lambaste “the president’s War on Coal.”

MACED president Justin Maxson says it’s unfortunate that McConnell is not following the cues of political leaders in both parties by injecting politics into what should be a discussion of new ways forward for the region.

“I wish the senator would really focus on trying to lay out a new path for a better, stronger, more diverse economy in Appalachian Kentucky,” Maxson tells LEO. “That needs to be a focus of all our elected officials, and hyper-politicization doesn’t help.”

Of course, McConnell is running for re-election next year with a heavy emphasis on such “War on Coal” rhetoric — attempting to tie his opponent Alison Lundergan Grimes to Obama — but not much at all on the themes of SOAR. One might assume that such a sober look at the coal industry’s decline and economic diversification doesn’t serve his campaign’s interests, even if the discussion could serve the interests of his eastern Kentucky constituents.

LEO attempted to ask both McConnell and Grimes if they sought or planned to participate in SOAR, but neither responded.

Dec. 1 will mark the three-year anniversary of the press conference that will live in infamy, where Gov. Beshear announced his support for $43 million in potential tax incentives for the evangelical Ark Encounter tourist attraction in Grant County of the young-earth creationist ministry Answers in Genesis. Beshear stared blankly when I asked him if dinosaurs will be on their recreation of Noah’s Ark, before Answers in Genesis spokesperson Michael Zovath stepped to the mic to say dinosaurs would be on board, because that’s what the Bible says happened.

Ark Encounter originally planned on $150 million worth of construction but has only raised $14 million to date, far shy of the $73 million needed to complete construction on their scaled-back park. But that’s where the city of Williamstown — where Ark Encounter is to be located — is stepping in to help.

Williamstown’s government plans to offer $62 million of securities for Answers in Genesis affiliates, but as a detailed report from Bloomberg Businessweek showed two weeks ago, industry experts say such bonds are high-risk junk that likely won’t see expected returns, if any. The municipal bonds do not have a credit rating, Answers in Genesis is not backing the debt, and Gene Gard of Dupree & Co. — a Lexington investment firm — likened buying such bonds to giving money away to charity.

But as Answers in Genesis suggests, buying such bonds is a “Kingdom Opportunity” — meaning the real rewards will be bestowed upon investors in the kingdom of their fundamentalist heaven.

Gov. Beshear has long been a vocal advocate for Ark Encounter, citing the perhaps faith-based projections of Answers in Genesis that the park will attract 1.6 million visitors in its first year and rain jobs and prosperity upon Grant County. Asked if he still has such optimism about Ark Encounter, Beshear sent the following less-rosy statement:

“It’s up to the managers and investors for Ark Encounter to determine if the project will go forward under its current scope. The economic downturn has had a dampening effect on a number of planned projects, both public and private. The tourism development incentives for which it qualified won’t kick in until the project is operational and meeting certain attendance thresholds. We remain hopeful that large-scale tourism attractions like this will make their home in Kentucky.”

On Nov. 15, Moody’s credit-rating agency once again downgraded the Louisville Arena Authority’s construction bond debt for the KFC Yum! Center, citing the same old story: severely underperforming tax revenues from the arena’s TIF district, and their lease with the U of L Athletics Association in which the university extracts most of the spoils from arena revenue. The Arena Authority now awaits a new report from the Standard & Poor’s rating agency, which is due in December.

The Arena Authority continues to wait on whether bond trustees will approve the amendment of the TIF district to contract its size from 6-square miles to 2-square miles, bringing in more tax revenue. But what they are not waiting on is the check from the state’s Department of Revenue for sales-tax revenue from the yet-to-be-approved 2-mile TIF district, which is $1.4 million more than the old boundary.

In a statement from the Finance Cabinet’s spokesperson, the early release of this check to the Arena Authority — whose debt service payment happened to be due Dec. 1 — was an “error,” and if the 2-mile TIF district is not approved, the Arena Authority will return the difference to the state.

“There was an apparent miscommunication within the Department of Revenue, and once the 2-square mile TIF calculation was completed, the department sent a check to the Louisville Arena Authority as debt service on the bonds that were due Dec. 1. Once the error was discovered, the Finance Cabinet worked with bond counsel to ensure that the difference in the 2-square-mile and 6-square-mile area was set aside to be returned to the commonwealth in the event the bond trustee does not approve the proposed change.”

If the new 2-mile district is not approved, the state may have to get in line to receive money owed to it from the Arena Authority, as the Kentucky State Fair Board maintains that it is still owed a yet-to-be-determined amount — estimated at $5 million earlier this year — from a contractual obligation to reimburse it for business lost at Freedom Hall.