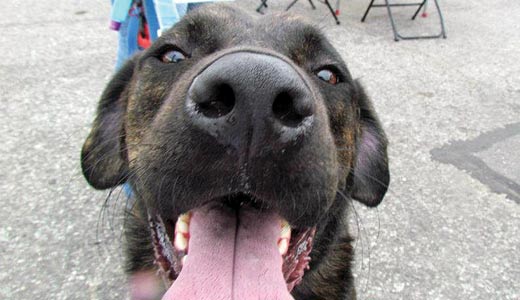 Loss, rage, revenge, survival — these are heavy themes that create messy layers of emotions in anyone who experiences them. It’s no wonder, then, that a multimedia, two-person collaboration was needed for “Dust and Shadows,” which combines haunting images of ghost towns destroyed in the Spanish Civil War with otherworldly textures, psycho ambient soundscapes and lyrical poetry. Acclaimed artists Elise Passavant and Lydia Lunch collaborated on the project, which they will perform in Louisville tonight only. The performance is being held in conjunction with 21c’s current exhibit, “Aftermath: Witnessing War, Countenancing Compassion,” which runs through the end of the year. So, if you’re reading this a day late, that vibrant, multi-artist exhibit is a commendable consolation prize. —April Corbin

Alton Brown isn’t just a Food Network star (and the host of their competition series “Food Network Star,” the most recent of which co-starred Louisville’s own Damaris Phillips). He’s also a historian nerd who might actually know it all; Brown is a filmmaker who made a noble attempt to make food TV more cinematic and inventive — he’s a writer, a teacher, a funnyman and a true Southern gentleman. Also, he is not Guy Fieri. Brown is now into the first month of his first-ever national tour; his “Edible Inevitable Tour” promises lots of foodie demos, some stand-up, lots of personality, culinary science and so much more (or so). “Ponchos will be involved,” we’re told, so if you like Gallagher but wished he knew more about sous vide techniques, this is your night. —Peter Berkowitz

The 1960s were and always will be a pivotal and historically important time for our country. Countless pieces have been written on the Civil Rights Movement, feminism, Vietnam War protests, assassinations, the moon landing, the music, the art, as well as all of the social and political advances that transpired during that era. “Class of ’70” is a take on the 1960s that I’ve not experienced before. Inspired by the lives and stories of real women, “Class of ’70” is a firsthand account about coming of age during the late ’60s. Funny, touching and socially significant, the original script was created in 2004 by the Louisville-based Looking for Lilith Theatre Company. This year, “Class of ’70” is directed by Shannon Woolley Allison and features a top-notch cast. Don’t miss it. —Sarah Duncan

Being an environmental time-based artist is a difficult and lofty creative job, but Valerie Sullivan Fuchs is up to the task. Her work is always thought-provoking, so be prepared to be challenged by her latest digital video installations and digital video stills in metal showing at the Kentucky School of Art (she’s an assistant professor of digital media there). “I was thinking about our current ability to quickly alter or shape the natural world and ourselves,” says Fuchs about her new series. “What took millions of years to build naturally, like a river or a mountain, can now be destroyed in a few months or less. This is an infinitely reflective process.” The opening reception is Thursday from 5-8 p.m. —Jo Anne Triplett

The Open Studio Weekend falls under the category of “Why hasn’t Louisville thought of this before?” This great idea lets visitors see the behind-the-scenes studios of 70 artists for the first time. Proceeds will go to U of L’s Mary Spencer Nay Art Scholarship Fund and the Louisville Visual Art Association’s Children’s Fine Art Classes Program. The kick-off reception is Friday at the Cressman Center from 6-9 p.m. There will be an exhibition of works by the artists on the tour as well as refreshments and live entertainment. The weekend pass (wrist band with studio map) will be available. You can also purchase it at LVAA, Commonwealth Bank & Trust, Preston Arts Center and the Carnegie Center. Tour hours are 11 a.m.-5 p.m. on Saturday and 12-5 p.m. on Sunday. —Jo Anne Triplett

The Brooklyn band named for “justice after war,” Jus Post Bellum, will christen the new restaurant Atlantic No. 5, which holds its first show on Friday. The acoustic four-piece’s upcoming Oh July, out Nov. 12, recounts the American Civil War through youthful eyes. But these are not literal sanctions of history book facts. They illustrate the past in lyrical portraits, narrating the fictional lives of a man and woman who endure their struggles by nature’s sporadic moments of beauty; we see it now as the leaves turn color for autumn. In the spirit of Fleet Foxes, the vocal harmonies of Hannah Jensen and guitarist Geoffrey Wilson guide the breathing quality of these tunes. Wilson’s finger-picked strides linger with the ghostly presence of America’s past, where Jus Post Bellum feels most inspired. —Lara Kinne

Louisville’s underage sweethearts the Debauchees left their mark at the recent CMJ showcase in New York, being named “Best Band That’s Not Allowed to Drink Yet” by MySpace Music. They return home, leaving behind much anticipation for their Sonablast debut, Big Machines and Peculiar Beings, out Nov. 12. The record drops early at Haymarket, with a bonus shot at love, dating-show style. Before the Debauchees seduce with their tight, post-punk charm, there is a contest to win a date with bassist Ashley Bowen at 7 p.m. Eligible bachelors must pre-order the new album from iTunes or Amazon, and one of three lucky finalists will win the chance to take her out for rancid dancin’ — then stay to see them actually play “Rancid Dancin’.” Anwar Sadat and Madame Machine open. —Lara Kinne

BBC St. Matthews is celebrating its 20th birthday Saturday in conjunction with the third annual Dogtoberfest, a party for pooches and their beer-swilling owners. In honor of turning the big 2-0, the brewpub is releasing its Heine Bros. Coffee Stout and Heine Bros. Bourbon Barrel Coffee Stout that day, the perfect accompaniment for a brisk November afternoon. Dogtoberfest is a benefit for Saving Sunny and the Kentucky Humane Society, and local pet vendors will be on site, as well as a silent auction, demonstrations, dog food, people food and, of course, your favorite BBC beer. This may be the last decent day to enjoy the outdoors — might as well spend it with the one who loves you best. —Sara Havens

Decemberists’ frontman Colin Meloy is stopping by for a solo set as part of his ongoing tour. Meloy has a vast catalog to pull from, be it from his tenure as lead singer of the aforementioned Decemberists or his own solo work, which has featured numerous cover songs. With the emphasis on this as a solo affair, it’s safe to say his own sonorous voice won’t be backed by anything other than his acoustic guitar, so get ready to get mellow. Opening is fellow indie rocker Eleanor Friedberger, half of the indie duo Fiery Furnaces. Friedberger is touring for her second solo record, released this previous summer, Personal Record. Expect a pleasant contrast between the two acts, given Friedberger’s comparatively upbeat and energetic music, which is fully backed by a band and plugged in. —Syd Bishop

Boredom is unnecessary in Louisville. Every week, some local nonprofit throws an event sure to satiate your desire to eat delicious foods, build a strong community and earn whatever cosmic brownie points you get for supporting good causes. This weekend, it’s “Hello Neighbor: Day of Dignity” at the Muhammad Ali Center, benefiting the Kentucky Refugee Ministries and Catholic Charities refugee programs. Admittance is free with a donation. (Visit the website for a list of the most needed items, which include winter clothing and dinnerware.) The celebration will include access to the world-class Ali Center, live entertainment and dance lessons, and international food. More than 2,000 people attended the event last year, so be prepared to say “hello” to a lot of new friends when you go. —April Corbin

California native Lacey Gabbard is making her Louisville debut with a show running through all of November and December at the Highlands branch of Quills Coffee. In a show titled “The Gloaming,” the former small-town gal pays tribute to dusk, an ideal theme for our always-just-around-the-corner fall season. She notes that “the magical time” overnight is her favorite time of day, and the setting works well with a recent transplant’s themes of quiet, isolation, mystery and being stuck between two worlds. Trained as an illustrator and woodworker, for this show Gabbard took used frames and remade them to best highlight each illustration. While the local environment has inspired her, one piece explicitly pays tribute to the Brooklyn band The National, who are not My Morning Jacket. —Peter Berkowitz

‘The Eye of Napoleon’

The state of one’s home speaks for the state of an individual. This is probably what Jérôme Bonaparte, King of Westphalia c. 1807-1813, thought when his bed was designed. The short-lived king and younger brother of Napoleon was a true 18th-century Liberace when it came to style. His bed is the centerpiece of the Frazier Museum’s current exhibit, “The Eye of Napoleon,” and is the only royal bed from the First French Empire in a private collection. This and more than 200 treasures from the French Emperor’s crib, including his extensive art collection, royal family jewels, lavish furniture and rare china, will be on display through Feb. 9. Napoleon had a taste for excess, which is evident in his conquests and luxurious possessions. Don’t pass up a chance to see that world-famous hat. —Lara Kinne