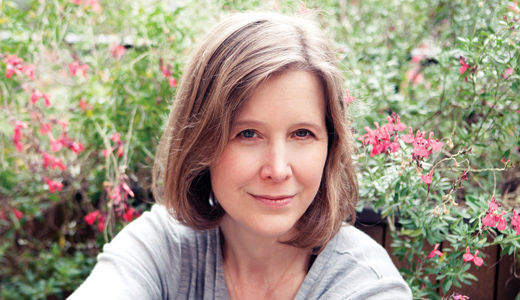 Guess who’s back, back again? All hail the return of WFPK’s monthly Wednesday concert series, moved indoors for the second year at the Clifton Center, where neither rain, sleet nor hail ever happen. Also returning is the David Mayfield Parade, who visit us two or three times a year (not including duo visits from Mr. Mayfield and his singing sister, Jessica Lea). Doors open at 6:30 for the free concert; all are welcome to bring non-perishable items that will be donated to the Dare to Care Food Bank. John & Jacob open the show at 7:30, followed by the Parade at 8:30. It will be a better-than-Nashville night of homegrown and handmade Southern sounds, or as we call it in Louisville, most nights. —Peter Berkowitz

All the ladies love the dashing and dapper Tom Jones, but Tom Jones only has eyes for one, or so the story goes. Adapted from the novel by Henry Fielding and directed by former Actors Theatre producing director Jon Jory, “Tom Jones” (which has nothing to do with the entertainer of the same name) is a comical story about love, scandals and two people who just can’t seem to connect. Part of the Brown-Forman Series, “Tom Jones” will have an Off-Stage at Actors event on Thursday at 6:30 p.m. If you haven’t been to an Off-Stage, take note that $20 will get you admission to the play, access to a cash bar and other refreshments and the ability to mill about with the other patrons while listening to live music. —Sarah Duncan

Can interfaith activism address environmental issues like the proposed Bluegrass Pipeline? A daylong event during the fall installment of the Festival of Faiths will explore the possibilities, with insight from regional leaders and academics in energy, faith and the environment. For those without a whole day to spare, the festival — whose theme this year has been compassion and common action that communities of many faiths can embrace — also includes two free one-hour presentations: “Greed as Violence: The Role of the Global Church in Addressing the Enduring Spiritual Crisis of Our Time” and “The Problem of Wealth.” An interfaith Thanksgiving service is also scheduled. For full details, visit the website. —April Corbin

Think of “Standing on Ceremony” as “The Vagina Monologues” for gay marriage. The production is a collection of nine monologues and short plays written by a collective of our country’s most acclaimed playwrights, including Neil LaBute, Wendy MacLeod and Paul Rudnick. It’s a big score for Pandora Productions, which will be one of the first in the nation to present the play. Merging activism and grand theater, “Standing on Ceremony” focuses on marriage equality and explores its evolution in American society. It may be years before a gay man can put a ring on it in Kentucky, but it’s never too early to start the conversation. —Sara Havens

‘Holiday in the Woods’

Thanksgiving has yet to happen, but that doesn’t stop most folks from early holiday shopping. The Little Loomhouse allows that opportunity of finding a unique gift with their annual “Holiday in the Woods” art exhibition and sale. The weeklong event features 16 local artists, whose work will be showcased between the hours of 10 a.m.-6 p.m. But the real goods are on Friday, the opening reception, with DJ Ethan Buckler of Louisville legends King Kong. The evening also includes food by Jimbo’s Bar-B-Que, drinks by Louisville Mead Company and desserts courtesy of Rainbow Cafe, the pride coffee joint of the non-denominational Open Door Community Fellowship. It’s bound to influence mutual holiday spirit whether you like it or not. Support Louisville arts if you so choose to embrace it. —Lara Kinne

Author Ann Patchett shares her thoughts on writing, place and relationships in “This is the Story of a Happy Marriage,” a collection of essays. Written over a 15-year span — the essays in this collection originally appeared in prestigious publications such as Vogue, Granta and Gourmet — the overall story feels united and linear. In that way, the book is a satisfying read for lovers of memoirs. With Patchett, there is a regional appeal, as well. She lives in Nashville, and one slice of “This is the Story” describes the push-pull of urban vs. nature when living close to farms, open land and history. Remind you of living in Louisville? Yeah, me too. Presented by Carmichael’s Bookstore, the discussion and signing takes place at the Clifton Center. —Mali Anderson

The Brooklyn band Barbez’s latest album, Bella Ciao, began in Rome, where composer Dan Kaufman immersed himself in archived recordings from the Accademia Nazionale di Santa Cecilia. One day, Kaufman walked down a street where the site of a major attack that killed 33 German soldiers rooted his inspiration in the Italian resistance of WWII. Bella Ciao is named after that time’s anti-fascist anthem, an effort best emphasized by wartime poet Alfonso Gatto: “The Resistance … is not an exceptional moment of being; it is the opposite — a period that endures in time and in history to form a common conscience.” Remember this as the seven-piece band fills Nelligan Hall with the timbre of klezmer and an updated mosaic of sounds inspired by Roman-Jewish culture. Supermoon (Cheyenne Mize & Drew English) and Lucky Eyes (Amber & Paul Oldham) open. —Lara Kinne

My parents own a massive set of Encyclopedia Britannica. As a kid, I used to browse through the books, reading random facts I’d rehash at dinnertime. This was the quaint, 1990s version of the “random article” link on Wikipedia — except nobody ever went into these pages and changed the description of the St. Louis Cardinals into “a gay butt sex team.” Encyclopedia Britannica stopped printing last year, another victim of the almighty Internet. On Sunday, the Clifton Center hosts a screening of “Out of Print,” a documentary exploring what this digitalization of everything means for society — from book publishers scrambling to compete with Kindles, to high school students who don’t know how to research without Google. Bring along a few bucks for the cash bar, and let’s drink for my beloved E.B. —April Corbin

Daniel Bachman plays steel-string acoustic guitar with the roots of American Primitivism in mind. Recently, he picked up lap steel, which he also used on his newest, Jesus I’m a Sinner. Guitarist John Fahey defined Primitivism, spewing a hybrid of self-taught, classical notation with fingerpicking techniques borrowed from blues and folk. Bachman hones the emotional drive of the craft through his own energy; whether translated by anxiety, love or frustration, his dense compositions say more than accompanying lyrics ever could. That’s why Bachman is a spectacle performer; his style is intricate yet minimal, a narrative told through the bend of each string. With fluid fingers a-flying, he conjures enough notes for two guitars, making the live experience itself feel rare. It would be a downright sin to miss him play a free gig. —Lara Kinne

Raised on an isolated Appalachian farm, Zac Little grew up to move to the big city — Columbus, Ohio — where he founded his post-folk rock band, Saintseneca, and found his way into a community of musicians equally eager to share their sounds with other people. Now the singer/songwriter/multi-instrumentalist has led his band to a deal with Anti- Records, also the home of kindred spirits like Neko Case and Calexico, though these off-kilter Saints are even more in sync with Neutral Milk Hotel or Spirits of the Red City. Opening is Vikesh Kapoor, a Howard Zinn-inspired protest singer from small-town Pennsylvania who, too, has moved to the big city (Portlandia), where more might hear his songs. —Peter Berkowitz

I love the word “guild” with its medieval connotations of professionalism, camaraderie and exclusivity. The Louisville Artisans Guild has those qualities, although their application for membership is more open than any medieval guild would be. Because creating stuff for a living is usually a lonely endeavor, the Louisville Craftsmen’s Guild (the name changed in 2002) was founded in 1956 so artists could have the chance to talk to other artists. They first met in a local bar, which had to lead to many “spirited” exchanges. Those conversations led Kentucky’s oldest guild to become all about the craftsmanship and business of the visual arts. They hold juried shows throughout the year, including this one at the Patio Gallery. It features a broad range of media, such as ceramics, paintings and fiber art. —Jo Anne Triplett

The latest exhibition, “small Art With BIG heART show!,” at the co-op gallery Kore should get you thinking about buying art for the holidays. It features original works no bigger than 12 inches priced at $100 or less. “It is a time we invite all the guest artists who have shown with us previously and invite new guest artists to bring small pieces … to display and sell,” says member Karen Davis. “It is the only show we do not jury in, and just about anything goes, thus the title …” Filling up their recently expanded gallery space, the show includes such items as paper quilts by Davis as well as Dennis Shaffner’s self-described “BasketBOWLS” and ceramic ocarinas musical instruments by Wayne Ferguson. —Jo Anne Triplett