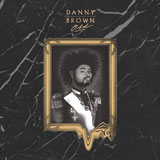 “They want that old Danny Brown,” the madcap Detroit rapper anticipates on the opening track of Old. But he mostly seems to have had his fill of the shock humor that pervaded past releases, and casual fans might not even recognize his newly relaxed cadence on first listen. Thankfully, the stranger-than-fiction street fairy tales are still in full effect, as are Danny’s often jaw-dropping flows. Only in 2013 could gangsta rapper Freddie Gibbs make a cameo on the same record as Canadian electro-pop duo Purity Ring, and only on Old could they appear back-to-back. Brown hasn’t forgotten how to party (“Smokin & Drinkin”), but he’s also willing to admit the damage his lifestyle has done to his body and mind (“Kush Coma”). Though older and markedly calmer, Danny Brown is more dangerous than ever on the mic.