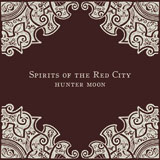 SOTRC offer acoustic pop that relates as equally to traditional bluegrass or folk conceits as it does to indie rock. In this combination, there is a particularly sweeping quality to Jula that evokes a cinematic effect common throughout. There are obvious antecedents like Fleet Foxes, and less blatant comparisons like Grizzly Bear, which is to say bands that may inspire you to dress in vintage winter clothes. Jula is a pleasant affair that uses simple arrangements primarily as a storytelling vehicle. Vocalist Will Garrison’s voice is somewhat high and often seems on the edge of breaking, adding in turn a sense of gravitas to the material, which is supplemented wonderfully by the additional of female backing vocals. This is most notable on the title track, which illustrates the band’s music prowess as much as their delightful harmonies.