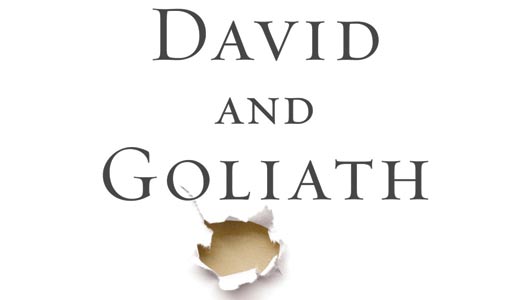 With just about every chapter and article he writes, Malcolm Gladwell wants to be the architect of a big, collective “I forgot that you could also think of it that way!” from his readership. He’s become a huge success in nonfiction by turning accepted logic on its head. Here he’s at it again, taking on an education rule of thumb: “… on the question of class size, we have become obsessed with what is good about small classrooms and oblivious of what can also be good about large classes. It is a strange thing, isn’t it, to have an educational philosophy that thinks of the other students in the classroom with your child as competitors for the attention of the teacher and not allies in the adventures of learning?”

This one got me. Interviews with teachers and simplistic graphics bolster his case. It isn’t that everything you know is wrong — it’s just that a major point of supposed common sense has a flipside that has been ignored so often as to be nearly lost. Gladwell is happy to swim against the tide and, in looking at David-vs.-Goliath situations in today’s society and recent history, he should be very much at home and prepared to change mindsets.

But … you can feel the strain at times. As this classically structured book (three sections of three chapters each) accumulates its tent-pole anecdotes (and Gladwell’s interpretations of them), there are inserted asides and reminders of how the main points from earlier chapters are dovetailing. It’s eventually a hard sell — mostly because many of the counterarguments are given short shrift with vague phrases. Not exactly dismissal — to Gladwell’s credit, he doesn’t ignore them totally — but you can see the seams as he glues his concepts over gaping holes.

In the section “The Theory of Desirable Difficulty,” stories of dyslexics and the early orphaned whose compensating strategies led to unimaginable success are sometimes inspiring and always informative, but the many crippled lives from these same circumstances are addressed with offhand remarks. Gladwell’s not-quite-lite sociology shouldn’t be mistaken for studies in cause-and-effect, and he says as much — but then devotes a lot of wordspace in efforts that resemble the proving of hypotheses.

If you keep the necessary intellectual objectivity, there’s no real problem distinguishing Gladwell’s fascinating linked anecdotes from evidentiary examples of sociological phenomena, but earlier books like “The Tipping Point” offered fresher insights at more regular intervals. “David and Goliath” makes practically the same point about the treatment-and-then-response of Catholics in 1970s Northern Ireland and 1940s Huguenot descendants in the backwoods of France — but they are in separate chapters, so the momentum of the book suffers. An earlier chapter comparing basketball mavericks and a desert warfare legend seems meatier, but perhaps it’s because the course of the book’s main thrusts hadn’t yet reached their own Tipping Point.

Near the center of the book, Gladwell delves into the life of a not-so-sympathetic cancer researcher and hits a high note with this restatement of one of his central assertions: “The right question is whether we as a society need people who have emerged from some kind of trauma — and the answer is that we plainly do.” We also need good authors who give popular treatment to testing of conventional wisdom — and Gladwell still delivers, for the most part.