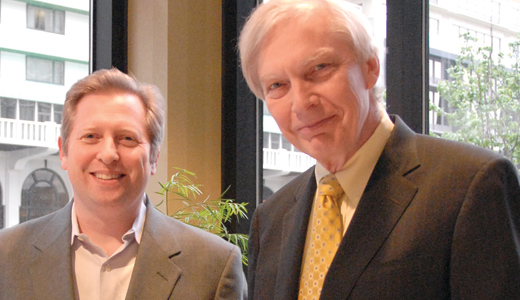 More than 500 words, to contribute to “a public dialogue about belief — one essay at a time.” The “This I Believe” statement of personal values, begun on a 1950s Edward R. Murrow radio show but revived a decade ago, is more prominent than ever. Years of radio broadcast on NPR and “The Bob Edwards Show” helped — but also, and perhaps more important for a celebration of the art of the essay, community and educational projects, plus several books — all guided or promoted by the indefatigable leadership of former LEO contributor Dan Gediman.

On Sunday, Spalding University will host an event launching the latest “This I Believe” venture: a series of geographically focused volumes. For those who connect personal values to a sense of place, the initial “This I Believe: Kentucky” offers rewards that span generations. Gediman and his team weave together essays read on Murrow’s show with those from Kentuckians of the 21st century. The MC for the Spalding event will be Radio-Hall-of-Famer Edwards, and he’ll speak with and introduce essay readers expected to include Tori Murden McClure, Sena Jeter Naslund and Kentucky Poet Laureate Frank X Walker.

Edwards has his own First Amendment-themed contribution to the book. But another piece may steal many readers’ interest. Muhammad Ali, who Gediman identifies as being “at the tippy-top of our wish list,” has an essay here that speaks to his personal path from running around Louisville’s Fourth Street as a boy to lighting the Olympic cauldron at the 1996 games in Atlanta.

LEO spoke with Gediman briefly while he was presenting to a meeting of hundreds of people who work for college “first-year experience” programs. “This I Believe” volumes not only reach a large number of post-secondary schools; use of these books has shown its utility across different curricula. “Primarily it’s in Comp 101/102 classes,” Gediman says. ”That’s where it’s been adopted by probably thousands of college educators. The next most popular way to use it, believe it or not, is in psychology classes.” But even as researchers correlate word choices with personality traits, Gediman also points toward this more-or-less standardized essay form as a baseline for discussion and study in philosophy, sociology, comparative religion, etc.

Civic organizations have picked up on the possibilities, too, with programs such as “One Community, One Book” for reading the collections, often accompanied by essay-writing initiatives to inspire participants to add their own voices. These have been successful in Indiana — one reason the Hoosier State will be the next to get its own volume.

The 60 Kentucky-related essays were chosen from a pool of about 2,500 that were solicited or already on hand. Some were found by database keyword searches — not resident writers, but those who wrote about Kentucky: A prime example is Angela Ward’s “Learning Where Home Is,” which leads off the collection.

When Gediman listens to educators who work with young essay-writers, he hears “the challenge is not to get the kids to write; it’s getting them to write seriously and think deeply of what’s important to them.” Edwards looks to the “This I Believe” essays and sees a definite contrast to what often turns up in written opinions on social media: “This kind of essay is a little more formal than the web culture of letting it all hang out … and possibly typing before you’ve thought.”