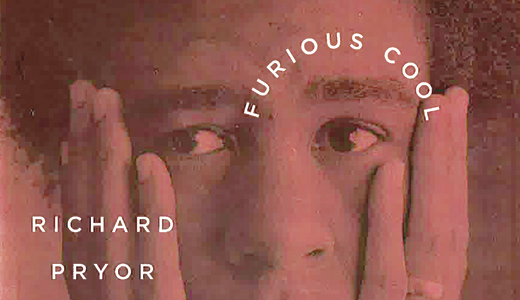 ‘Furious Cool: Richard Pryor and the World That Made Him’
By David Henry & Joe Henry. Algonquin Books; 400 pgs., $26.

Two brothers grew up listening to and watching Richard Pryor in the early 1970s, and here combine to write a love-letter-as-biography. First intended as a movie, it fizzled like so many other attempts to bring Pryor back to film. Joe Henry is the great singer-songwriter and record producer; David is a screenwriter (“Pleased to Meet Me”) and a local. “Furious Cool” is not without problems but tells Pryor’s compelling story of highest highs and lowest lows with the knowing attachment of a flawed family.

It’s not a strict biography, in that Pryor’s last two decades are largely dismissed due to the brothers Henry not liking his output (nor having seen much of it from beginning to end, they say). The book serves more as a critical overview that lands at different points for a longer look around.

Let’s face the elephant: These brothers ain’t brothers, and they type That Word a lot — the version with the hard R. Without dissertation, it made these eyes skip like a scratched 45 nearly every time. Regardless of its use in Pryor’s album and track titles (much of which was not released with his oversight, merely selling tapes of shows to labels like Laff, Stax and Warner Brothers without his supervision), Pryor did not deliver that word’s variant, and it is as jolting as that word is supposed to be to see its use to the degree it’s used while looking at the writers’ photos on the inside jacket. (Disclosure: I know Dave socially and am a longtime fan of Joe’s musical output, having interviewed him in these pages.)

I am not impugning their politics here, merely questioning their choice of language (itself a harsh enough indictment on two fellow writers, I know). Pryor’s story does require it to some degree, from its shock use at the beginning of the ’70s to his abandonment of the word in the early ’80s. That the book opens with an authors’ note explaining their familial use of Pryor’s first name only begs why a similar discussion of this choice was not also included.

“Cool” is not a sanitized version of Pryor’s life. His drug use, child abandonment and rampant spousal abuse are given as much space as albums, movies and club dates. This induces a chill — flipping the page to a discussion of a bit or an event that brings back such fond memories and reading how he went home that night to bash in the face of a current girlfriend or wife, bringing terror to those closest to him the same day he’d brought joy to countless strangers.

I spend a lot of time discussing the separation of art from its creators, as so many of the greats were awful humans; to judge art by its artist would deny us Miles, Carson, Basquiat and untold others. There’s an old line, where the writer once wrote of not being able to hear Miles Davis’ horn without hearing the screams of those he abused. When your legacy and art is directly derived from your own flaws, this separation is that much harder to live with.

The Henrys will discuss the book at Carmichael’s Bookstore (2720 Frankfort Ave.) on Saturday at 4 p.m. Go to carmichaelsbookstore.com for more info.